On one side we have Mahatma Gandhi, and on the other side of the spectrum we have Feroze Gandhi. The former is well-known not only in India, but throughout the world. But, the latter still remains an enigma for the people of India. There is so much disinformation about him that sometimes it becomes hard to differentiate between facts and fiction. And these important facts about Feroze Gandhi will help us not only in knowing him more; but it will also settle the misconceptions about his life and times.

1. Feroze Jehangir Gandhi, was born on 12 September 1912 in Bombay (now Mumbai). His father, Jehangir Faredoon Gandhi was a Parsi from Bharuch in Gujarat. And by profession he was a marine engineer. Feroze Gandh’s mother was Rattimai Gandhi. And she was from Surat. In a nutshell, Feroze Gandhi’s, mother and father both were from Gujarat, i.e. Gujarati and Parsi.

2. Mahatma Gandhi and Feroze Gandhi had no blood relations. The latter was a Parsi and the former was a Hindu. In fact, the surname of Feroze Gandhi was Gandhy, but later on it was changed to Gandhi.

3. Feroze Gandhi grew up in Allahabad with his aunt, Shirin Commissariat, sister of Rattimai Gandhi. In fact, she adopted him as her son.

4. Feroze was a foodie. In fact, he started smoking in his childhood itself. 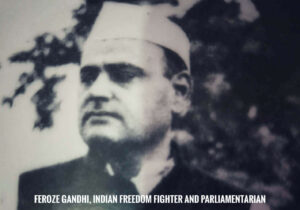 6. Feroze Gandhi proposed to Indira Gandhi, when she was only 16 years old. However, Indira rejected his proposal at that time.

7. Feroze Gandhi was devoted to Kamala Nehru, wife of Jawaharlal Nehru and mother of Indira. In fact, Feroze caressed Kamala Nehru during her illness.

8. It was during their sojourn in Europe when Indira Nehru finally said yes to the proposal of Feroze Jehangir Gandhi. And later on they married at Anand Bhavan on 26 March 1942 in Allahabad.

9. Feroze Gandhi was also a member of the Indian Constituent Assembly. And in 1952 he became an MP (Member of Parliament) from the Rae Bareli seat.

10. Within a few years of his marriage, Feroze Gandhi had differences with his wife, Indira. In fact, he had several affairs too.

11. Although, being an MP from the Congress party. Feroze Gandhi used to check his party’s government in the parliament. In fact, in the infamous, Mundhra scandal. Feroze ensured the resignation of the then Union Finance Minister of India, T. T. Krishnamachari.

12. One person who disliked Feroze Gandhi to the core was M. O. Mathai.

13. Feroze Gandhi was a staunch supporter of the freedom of the press. In fact, he was also associated with newspapers like the National Herald and Indian Express.

14. Unlike the centralisation model of Indira Gandhi; Feroze Gandhi preferred the federal model for a diverse nation like India.

15. But, due to continuous smoking and bad eating habits, Feroze Gandhi succumbed to the third and final heart attack in September 1960. He was only 48 years old at the time.

I hope you like these facts about Feroze Gandhi, who was more than the son-in-law of India’s first prime minister and the husband of Indira Gandhi. Thanks for reading. Jai Hind.