In this article, we’ll discuss some important and enlightening facts related to Jainism, one of the oldest religions in the world. The religion that believes in the philosophy of “live and let live”.

1. The word “Jaina” literally means “follower of a jina,” which means “victor,” a person who has attained infinite knowledge and teaches others how to attain “moksha,” i.e., liberation from the cycle of rebirth.

2. Another name for “Jina” is “Tirthankara,” which translates to “ford builder,” i.e., a person who creates fords that enable people to bridge the ocean of suffering.

3. According to most scholars, there are supposed to be 24 tirthankaras. The first tirthankara was Rishabhadeva also known as Adinatha.

4. Vardhamana was the 24th tirthankara and came to be known as Mahavira. 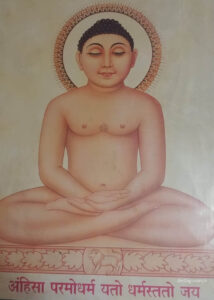 5. Mahavira came from a Kshatriya aristocratic family, just as Gautam Buddha. His mother Trishala was the sister of the Videha King, while his father Siddhartha was the leader of the Jnatri tribe.

6. The jina, according to Jaina tradition, has avadhijnana, also known as superhuman cognition or psychic power, which allows him to detect far-off objects and predict the future.

7. In and around 300 BCE, the Jaina Sangha split into the Digambara (sky-clad) and Shvetambara (white-clad) factions, according to historians.

8. Ahimsa, or non-violence, is central to Jainism, and it is the first vow for renunciants as well as the laity.

11. Strict vegetarianism is the most important dietary rules for the followers of Jainism.

12. There are pancha-mahavrata, or the five great vows, for Jain monks and nuns. They are as follows:

Ahimsa: not to harm any living being

Satya: not to utter any falsehood
Asteya: not to steal

Brahmacharya: To lead a celibate life

Aparigraha: to call nothing one’s own

14. Neminatha, the 22nd tirthankara belonged to the Saurashtra region of Gujarat. And the 23rd tirthankara Parshvanatha, was from Benares also known as Varanasi. 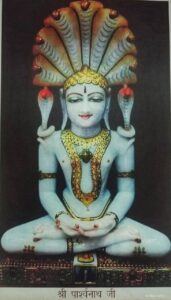 15. Sharavana Belagola, a small town in the Channarayapatna taluk of Hassan district in Karnataka, is an important Jaina pilgrimage site. Its name derives from shramana, which means “ascetic” in Sanskrit, and bela-kola, which means “white tank” in Kannada. And Shravana Belagola is best known for its colossal 17.5-meter-high monolithic statue of the saint Gommateshvara, or Bahubali, the son of Adinatha, the first tirthankara.

I hope you have gained something new about Jainism from this article. Thanks for reading. Jai Hind.