In this article we’ll talk about some important facts related to Gita Press. In fact, the role of this organization in publishing and distributing religious literature about Hinduism in every nook and corner of India at an affordable price tells us its importance as the most successful religious genre publishing house and the vision of its founding fathers.

2. It was Ghanshyamdas Jalan, a businessman from Gorakhpur, who suggested to Jadayal Goyandka that the Gita press should be set up in his town.

3. Gita Press’s Kalyan magazine is the first of its kind religious monthly with the singular goal of spreading Sanatan Dharma as the sole saviour of Hindus.

4. Though Gita Press, the publishing house, started in 1923, it was only in 1926 that it truly came to life as a serious player in the fast emerging Hindi publishing world of the early twentieth century. 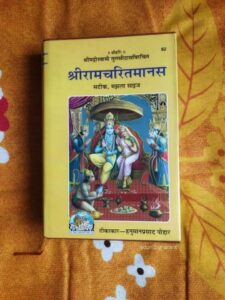 5. In 1923, Gita Press was registered as a subsidiary of Calcutta-based Gobind Bhawan Karyalaya under the Societies Registration Act of 1860, now known as the West Bengal Societies Act, 1960.

6. In 1926, Hanuman Prasad Poddar went with Jamnalal Bajaj to seek Gandhiji’s blessings for Kalyan. And Gandhiji gave him two pieces of advice, i.e., do not accept advertisements and never carry book reviews. And even today, Kalyan and Kalyan Kalpataru do not carry advertisements or reviews of books.

7. The Kalyan of Gita Press was the first journal to be devoted exclusively to the Hindu religion.

8. Hanuman Prasad Poddar was the founding editor of Kalyan and headed it for forty-five years, from 1926 till his death in 1971.

9. To popularise the Bhagvad Gita book and its eternal message, the Gita Press in 1929 set up the Gita examination committee, followed by the Gita Society in 1934 for further propagation of the text.

10. To reach out to the non-hindi-speaking public, especially the Hindu diaspora in the West and in countries like Mauritius, Trinidad, and African nations. The Gita Press launched the English-language journal Kalyana Kalpataru in 1934.

11. Unlike Mahatma Gandhi and many of his colleagues in the Congress party, Jawaharlal Nehru never patronized Gita Press.

14. Though the Gita Press in Gorakhpur published and distributed millions of copies of Hindu religious texts such as the Gita, Ramayana, Mahabharata, Puranas, and Upanishads, the Vedas were untouched by them.

15. The main philosophy of Gita Press is religion in defence of society and not for the promotion of an individual.

I hope you like these facts about Gita Press Gorakhpur, the leading purveyor of print Hinduism in the 20th Century.