During the freedom movement in India, there were an uncountable number of men, women, and even children alike who participated in it. Though we Indians are only aware of a handful of Indian Freedom Fighters, especially when it comes to women freedom fighters of India, that number comes down to a few, isn’t it? And Kamaladevi Chattopadhyay was one of those freedom fighters who were gradually and steadily forgotten not only by successive governments but also by the general public. And in this article, we’ll talk about some of the important facts related to Kamaladevi and her contributions during the freedom struggle and afterwards.

1. Kamaladevi was born in 1903. She was from the Chitrapur Saraswats Brahmin community.

2. Her mother, who also played the classical violin and could read Tamil, Hindi, English, and Marathi, had a significant effect on Kamaladevi Chattopadhyay.

3. In her teen years, Kamaladevi was married and widowed.

4. Kamaladevi was remarried to Harindranath Chattopadhyay, who was a brother of the poet-patriot and “the Nightingale of India,” Sarojini Naidu. 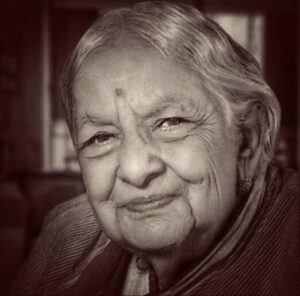 Kamaladevi Chattopadhyay, An Indian freedom fighter, a women’s rights activist, and the person behind the revival of arts and crafts in India.

5. In 1928, during her twenties, Kamaladevi Chattopadhyay was elected to the prestigious All India Congress Committee (AICC).

6. In 1930, it was Kamaladevi Chattopadhyay who prevailed upon Mahatma Gandhi not to restrict the Salt Satyagraha to men alone. In fact, she herself made packets of salt and sold them outside the Bombay Stock Exchange, shouting “Mahatma Gandhi ke jai.”

7. During the 1930 Salt Satyagraha, Kamaladevi Chattopadhyay was arrested for the first time.

8. Kamaladevi was an active participant in the Congress Socialist Party (CSP). And she became its president in 1936.

9. During the Quit Indian Movement of 1942, Kamaladevi was arrested and spent more than a year in jail.

10. In 1942, Kamaladevi Chattopadhyay was elected president of the All India Women’s Conference.

11. After the mayhem of the Partition Of India, Kamaladevi, through her Indian Cooperative Union, worked to resettle refugees in northern India. She helped the displaced partition refugees acquire land, build homes, and set up small workshops and factories.

12. Being one of India’s leading women freedom fighters, After Indian independence in 1947, Kamaladevi refused to enter formal politics.

13. In order to revive and promote India’s numerous, intricate, and rapidly disappearing craft traditions. The All India Handicrafts Board was founded and run for 20 years by Kamaladevi Chattopadhyay.

14. Institutes like the National School of Drama, the Sangeet Natak Akademi, and the India International Centre were created and nurtured with the help of Kamaladevi Chattopadhyay.

15. Kamaladevi Chattopadhyay was involved in the women’s movement in addition to the independence struggle. She pushed for improved working conditions for women in factories and farms as well as their eligibility for paid maternity leave. In fact, Kamaladevi Chattopadhyay received the coveted Ramon Magsaysay Award for Community Leadership in 1966, which is known as Asia’s Nobel Prize.

I hope you like these facts about Kamaladevi Chattopadhyay. Thanks for reading. Jai Hind.