1. Gayatri Devi’s mother, Princess Indira Gaekwar, was the daughter of the Gaekwar of Baroda.

2. Gayatri Devi’s father was the Maharaja of Cooch Behar, which was once known as Koch Behar, “the abode of the Koch People.”

4. Among the royal families of India, the shooting of wild cats was a part of their lives. And Gayatri Devi shot her first panther when she was barely twelve years old. 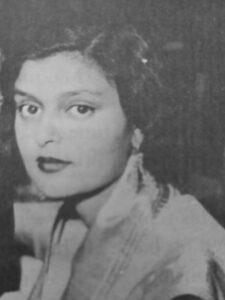 5. When she was fifteen years old, Gayatri Devi stayed at Shantiniketan, the school run by the poet and Nobel Prize winner, Gurudev Rabindranath Tagore. She went there along with her sisters to improve her Bengali.

6. Princess Gayatri Devi of Cooch Behar was married to Maharaja Sawai Man Singh II of Jaipur. She was his third wife.

7. Gayatri Devi was one of the few MPs (Members of Parliament) of C. Rajagopalachari’s Swatantra party.

8. During the emergency in July 1975, Gayatri Devi was arrested and sent to Tihar Jail in New Delhi under the COFEPOSA (Conservation of foreign exchange and prevention of smuggling activities) Act. She spent 156 days in Tihar Jail before she was released on January 11, 1976.

9. The maternal grandfather of Gayatri Devi, the Gaekwar of Baroda, sponsored the education of Dr. Bhimrao Ramji Ambedkar. The latter was the father of India’s Constitution and Independent India’s first Law Minister.

10. A Princess Remembers, The Memoirs of the Maharani of Jaipur is the autobiography of Maharani Gayatri Devi.

12. During the  Partition Of India, Gayatri Devi started the Chand Shilp Shala to provide a livelihood for the partition refugees.

13. Gayatri Devi also worked as the Chairman of the Rajasthan Tourism Development Corporation.

14. The son of Maharani Gayatri Devi, Jagat Singh married Priya, the daughter of Prince Piya and Princess Vibhavati of Thailand.

I hope you like these facts about Maharani Gayatri Devi of Jaipur. Thanks for reading. Jai Hind.