When the Muslim League, led by Jinnah, demanded the partition of United India, at that time, one of the tallest Muslim faces of the Congress Party, and the doyen of the Indian freedom fighters, Maulana Abul Kalam Azad, fought tooth and nail to save Hindustan from the madness of partition. However, Maulana Azad couldn’t stop the Partition Of India. But, as one of the leading freedom fighters of Hindustan and Independent India’s first education minister, he left an indelible mark on the history of India. And these important facts about Maulana Abul Kalam Azad will enlighten us about some important facets related to his family, life, and times.

1. Maulana Abul Kalam Azad was named Firoz Bakht at birth but was known in his youth as Muhiyuddin Ahmad.

3. The forefathers of Maulana Azad came from Herat to India in the Mughal emperor Babur’s time.

4. The maternal grandfather of Maulana Azad’s father was Maulana Munawaruddin. He was one of the last Rukn-ul Mudarassin (Supervisor of the State for the Promotion of Learning and Scholarship) of the Mughal period. 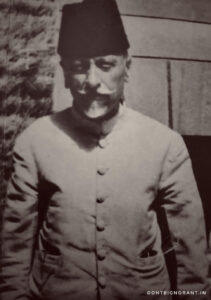 5. Maulana Azad’s father, Maulana Khairuddin, came from Mecca and settled in Calcutta with his whole family. In fact, Maulana Azad was born in Mecca in 1888.

6. Azad, or Free, is the pen name he gave to himself to indicate that he was no longer tied to any inherited beliefs.

7. It was the partition of Bengal in 1905 that awakened Maulana Azad’s political awakening and pushed him into the Indian independence movement.

8. Before joining the Congress party, Maulana Azad also worked with the revolutionaries of Bengal.

9. Maulana Azad started a very popular Urdu journal by the name of Al Hilal. And it was first published in Calcutta (now Kolkata) in June 1912.

10. Social reformer and one of the greatest freedom fighters, Khan Abdul Ghaffar Khan, was also inspired by Al-hilal.

11. Maulana Azad had been the president of the Indian National Congress (INC) for a period of seven years, from 1939 to 1946.

12. It was Maulana Abdul Kalam Azad who led the negotiations on behalf of the Indian National Congress (INC) Party with the British Cabinet Mission in 1946.

14. In his autobiography, Maulana Azad predicted several things. And all of them came true. Like,

• He warned Pandit Jawaharlal Nehru that history would never forgive us if we agreed to partition. The verdict would be that India was divided not by the Muslim League but by the Congress.

• Maulana Azad predicted in 1940s itself that Pakistan wouldn’t remain united for a longer period of time. And his predictions came true when, in 1971, East Pakistan became an independent country by the name of Bangladesh.

15. Some people might find it disturbing that in India Wins Freedom, amongst the Congressmen, Maulana Azad labelled Sardar Vallabhbhai Patel as not only a staunch supporter of the idea of India’s partition; in fact, he also said,

It would not perhaps be unfair to say that Vallabhbhai Patel was the founder of Indian Partition.

I hope you like these facts about Maulana Abul Kalam Azad. Thanks for reading. Jai Hind.