These facts about Netaji Subhas Chandra Bose will enlighten us about some of the important facets related to one of the fearless freedom fighters of India. An inspiration for both young and old people in Hindustan.

3. On April 24, 1924, Netaji was appointed as the Chief Executive Officer (CEO) of the Corporation of Calcutta by C. R. Das in his capacity as the first Mayor of Calcutta. At that time, Subhas Bose was just 27 years old.

4. When he was in the infamous Mandalay jail in Upper Burma (Myanmar), Netaji Subhas Chandra Bose wrote his first (unpublished) book, which he called Pebbles on the Seashore. 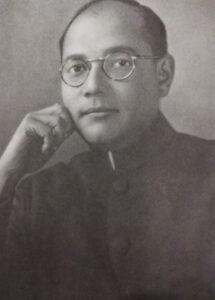 9. As commander-in-chief of the Indian National Army, Netaji Bose had a pet monkey in Southeast Asia during World War II. The monkey would sit on his shoulder and perform various tricks.

10. Netaji Subhash Bose was imprisoned eleven times between 1921 and 1940. The first stint was in 1921-22, when he and C. R. Das spent a few months in Calcutta’s Alipore Central Jail. The last imprisonment was in 1940, when he was held in Calcutta’s Presidency Jail.

11. Subhas Chandra Bose went on hunger strike in prison twice. The first time was in Mandalay (Burma) in 1926, on the issue of the right of political prisoners to perform Durga Puja in jail. The second time was in 1940, in protest against the illegality and injustice of his detention.

12. Netaji named his unfinished autobiography An Indian Pilgrim. During his exile in Europe, he also wrote The Indian Struggle: 1920-1934

14. Vienna was Subhas Bose’s favorite city. He spent much time in Vienna in the 1930s and underwent major surgery there in 1935. His most important activity in Vienna was the writing of his book, The Indian Struggle. And it was in Vienna that he met his life partner, Emilie Schenkl, in 1934.

I hope you like these facts about Netaji. Thanks for reading. Jai Hind.