In this brief article, we’ll talk about some facts about Raja Rammohan Roy, one of the greatest thinkers of modern India. And the man who worked tirelessly for the abolition of the Sati (self-immolation of widows) pratha.

1. Ram mohan Roy was born in a nondescript village by the name of Radhanagar in Bengal in 1772.

2. Rammohan’s family were followers of the Vaishnava sect of Hinduism.

3. Roy came from an affluent family of landowners who had worked as Mughal revenue officers for several generations.

4. Roy was married twice before he entered his teens. 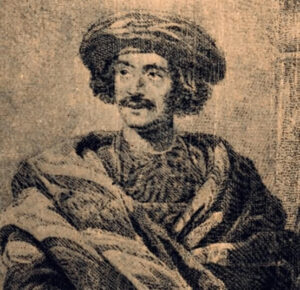 5. Raja Ram Mohan Roy was the author of several books. But his first book, written in Persian with a preface in Arabic, was an attack on idol worship.

6. After finishing his studies, Roy also worked for the English East India Company.

7. In 1815, Roy founded the Atmiya Sabha, or friendship association, which, among other things, searched for elements common to different religious traditions and beliefs.

8. In 1818, Rammohan Roy published a pamphlet titled “A Conference between an Advocate for and an Opponent of the Practice of Burning Widows Alive.”

9. In 1821, Ram Mohan started a weekly newspaper in Bengali by the name of Sangbad Kaumudi, or the Moon of Intelligence, and it was one of the first in any such Indian language.

10. Raja Rammohan Roy established the Brahmo Samaj, also known as the Society of God, in 1828. This organization promoted the worship of the One True God in accordance with what its founder claimed to be the Vedic teachings at their core.

11. In 1829, the practice of sati was legally abolished by the then Governor General, William Bentinck. And Ram Mohan Roy played an active role in that.

12. In 1830, Roy went to England on behalf of the then-Mughal emperor to persuade the British government to increase the emperor’s stipend, which he successfully did.

14. Roy was a polyglot. He was well versed in Bengali, Sanskrit, Hindustani, Persian, Arabic, and English.

I hope you like these facts about Raja Rammohan Roy. Thanks for reading. Jai Hind.