There are a few women in Indian politics who not only left an indelible mark on politics but also rose to become state chief ministers. And Sheila Dikshit, the former CM of New Delhi, was one of the few women politicians in India who reached that level because of their creed and deeds. And in this article, we’ll discuss some interesting facts related to Sheila Dikshit.

1. The husband of Sheila Dikshit, Vinod Dikshit, was the son of Indian freedom fighter and Congress leader, Uma Shankar Dikshit.

2. Sheila Dikshit was an alumni of Miranda House, one of the most prestigious colleges of Delhi University.

3. The maternal grandfather of Ms. Dikshit, Narsingh Puri, used to work for the Raja of Kapurthala, Punjab.

4. According to Ms. Dikshit, her father-in-law, Uma Shankar Dikshit, forged her first perception of politics. 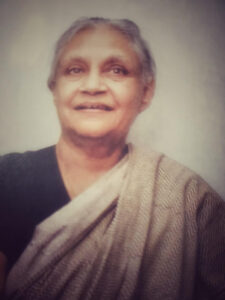 5. Before entering politics, Sheila Dikshit also worked as an executive secretary of the Garment Exporters Association (GEA). She worked there from 1978 to 1983.

6. In 1984, Sheila Dikshit became the first female candidate who contested the Lok Sabha elections from the constituency of Kannauj, UP. She won that election by a margin of 50,000 votes.

7. During the prime ministership of Rajiv Gandhi, Sheila Dikshit also worked as Parliamentary Affairs Minister and Minister at the PMO (Prime Minister Office).

8. In India in the 1970s, it was an unusual event for a woman to perform her mother’s last rites. But, in September 1977, Sheila Dikshit’s mother passed away. And it was Ms. Dikshit who lit her mother’s funeral pyre.

9. Ms. Dikshit was fond of reading. In fact, classics like Alexandre Dumas’s The Three Musketeers, Victor Hugo’s Les Miserables, Lewis Caroll’s Alice in Wonderland and Through the Looking Glass, What Alice Found There, and the Sherlock Holmes series were all her all-time favorites.

10. As a loyalist of the Jawaharlal Nehru-Feroze Gandhi clan, Sheila Dikshit was amongst those Congress politicians who opposed  PV Narasimha Rao during his tenure as PM of India.

11. In mid-1990, Sheila Dikshit, along with Congress workers, sat on a dharna (sit-in) at the Etawah Collectorate to protest against the cases of sexual assaults on women across the state of Uttar Pradesh. And because of that, she was arrested and jailed. She spent twenty-three days in the Lakhimpur Kheri Jail.

13. The Congress party won three straight elections in the state of Delhi under the leadership of Ms. Dikshit.

14. From 1998 until 2013, Sheila Dikshit held the record for the longest tenure as Delhi’s chief minister.

15. Sheila Dikshit also wrote her memoir under the title, Citizen Delhi, My Times, My Life.

I hope you like these facts about Sheila Dikshit. Thanks for reading. Jai Hind.