In this article, we’ll discuss some knowledgeable facts about Sikkim, one of the most beautiful north-eastern states of India, and some important anecdotes related to its history.

2. The 3rd highest mountain in the world, Khangchendzonga, is worshipped by the people of Sikkim, and it is sacred to the Buddhist lamas of Sikkim.

3. Prior to 1975, when Sikkim was a Buddhist kingdom, it was ruled by the Namgyals. 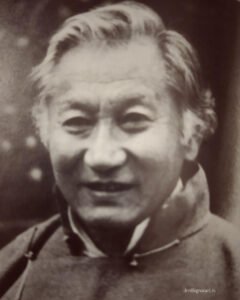 Thondup Namgyal, The Last Monarch of The Buddhist Kingdom of Sikkim.

5. The wife of the last king of Sikkim was an American woman by the name of Hope Cooke.

6. Sikkim is a Buddhist-majority state with strong religious ties to Tibet and the  Dalai Lama, the spiritual leader of Tibet.

7. Buddhists believe that Padmasambhava, known as the Lotus-born Buddha, identified Sikkim as a beyul, a hidden valley for Buddhists to retreat to in times of strife.

8. Darjeeling, now in West Bengal, was once part of Sikkim. But, in 1835, the British persuaded the then Chogyal (king) of Sikkim to handover that land to British India.

9. In Sikkim, the Bhutia community, the Lepcha community, and the Nepali community constitute the structure of Sikkimese society.

10. According to scholars, the Lepchas were considered the indigenous people of Sikkim; they had been in Sikkim before the Namgyals and their Bhutia kinsmen arrived in the country from Tibet.

11. It was the constitutional amendment of 1974 that made Sikkim an associate state of India.

12. Every year in May, “National Integration Day” is held in Sikkim to commemorate Sikkim’s admission into the Union of India.

13. BB Lal was the first governor of Sikkim.

14. The river Rangeet separates the state of West Bengal from Sikkim.

15. The first chief minister of Sikkim and the father figure of Sikkimese politics was Kazi Lhendup Dorjee. In actuality, he founded the Sikkim National Congress and was a key player in the unionization of the Kingdom of Sikkim as India’s 22nd state.

I hope you have gained something from these facts about Sikkim. Thanks for reading. Jai Hind.