In this article we will talk about some of the best quotes of Benazir Bhutto. The latter was the first woman prime minister of Pakistan. And the daughter of the Zulfiqar Ali Bhutto, former PM of Pakistan and the founder of the PPP (Pakistan People’s Party). 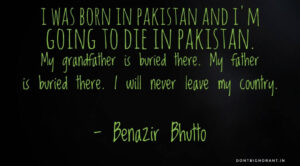 2. Pakistan is no ordinary country. And mine has been no ordinary life. My father and two brothers were killed. My mother, husband and I were all imprisoned. I have spent long years in exile. Despite the difficulties and sorrows, however, I feel blessed. I feel blessed that I could break the bastions of tradition by becoming Islam’s first elected woman Prime Minister. 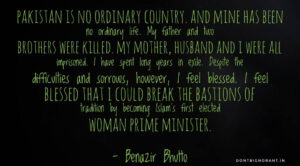 3. When there was no legitimate government, there was anarchy. 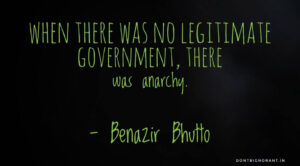 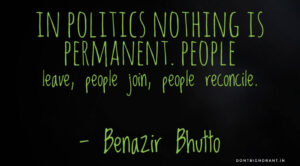 5. We must not get involved in these Superpower rivalries, but fight for our own national interests. 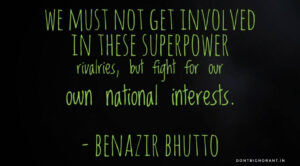 6. The state’s capability will always be greater than any group of dissidents. Armed struggle is not only impractical, but counterproductive. 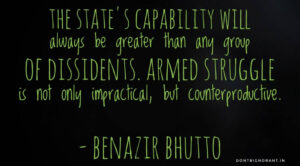 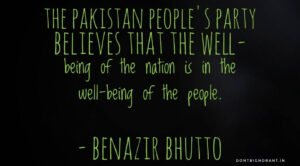 8. The destiny of our nation is not slums. 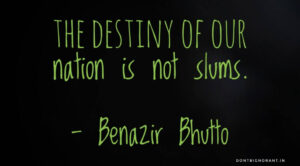 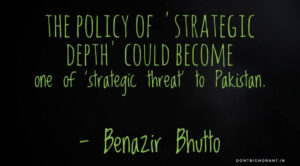 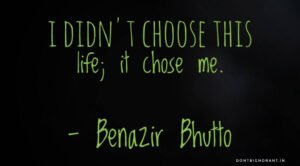 11. The political battles that I fought were always for an end. The goals centred on liberty and social justice. 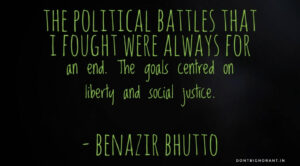 12. I am a woman. Clearly it’s not easy for women in modern society, no matter where we live. We still have to go to the extra mile to prove that we are equal to men. We have to work longer hours and make more sacrifices. 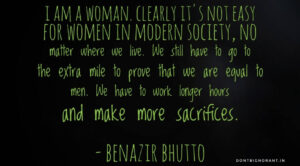 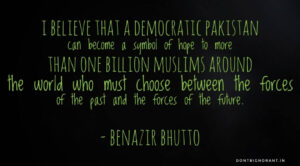 14. The crime of the few had become the guilty of the many. 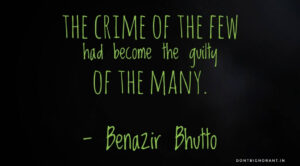 15. Zia ul-haq wants the country, even the world, to forget that there was ever a family named Bhutto. 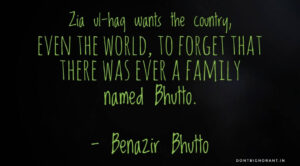 16. Extremism has been nurtured, empowered and exploited by military rulers for generations. 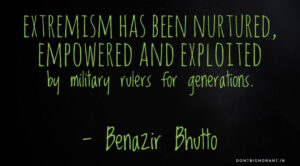 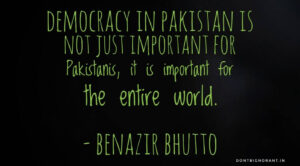 I hope you like these quotes by Benazir Bhutto of Pakistan. Thanks for reading. Jai Hind.