In the 1950s, in the form of the Bharatiya Jana Sangh, A little lamp was lit by Dr Syama Prasad Mukherjee, in the hope that one day it would become a force to reckon with in the chaotic Indian politics. And in 2014, the BJP (the successor of the Jana Sangh) became the central pole of the Indian politics. These quotes of  Shyama Prasad Mukherjee tell us about the man and his thoughts. 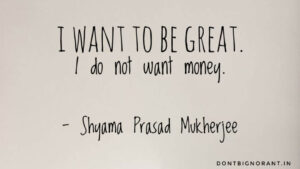 2. Politics detached from realities is not only meaningless but dangerous. 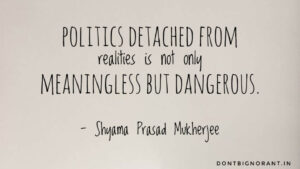 3. Patriotism can never be purchased at the market place by an open bidding. 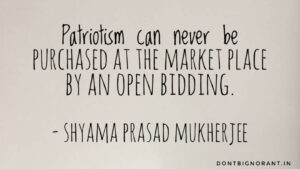 4. Anyone who seeks to disturb India’s unity or to foment disruption is guilty of the highest act of treachery and must be resisted at any cost. 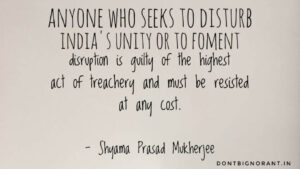 5. The greatest service of the Arya Samaj, is that it has roused amongst the people a profound sense of individual and national self-respect, a virility of mind and a love of the country’s culture and civilisation, destroying the poisonous sense of inferiority complex which turns man into a coward. 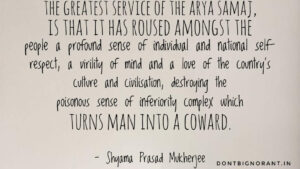 6. One of the chief reasons for the manifestation of dictatorship in Congress rule is the absence of well-organised opposition parties which alone can act as a healthy check on the majority party and can hold out before the country the prospect of an alternative government.

7. Opposition does not mean senseless or destructive approach to all problems that confront responsible Government. While, therefore, we may have to attack or criticise official measures or acts, our aim will be to approach all problems in a constructive spirit so that we may keep the public vigilant and make our humble contribution in developing a real democratic structure for the sound administration of our country. 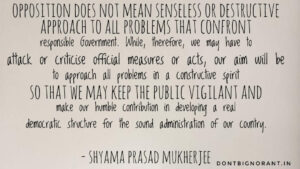 8. We believe in democracy and in the maintenance of civil liberties. We are against totalitarianism of any kind whatsoever. 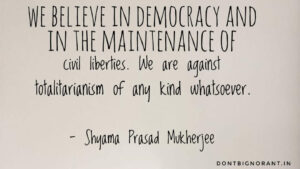 9. The public cooperation would come only if the party in power would handle the plan on national and not on party lines. 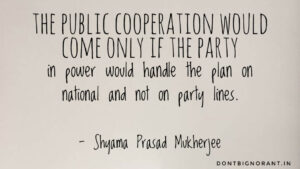 10. Whatever Gandhiji was, cowardice was not within his ideology. 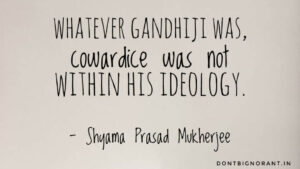 11. But while Indian languages must be fostered and developed in the widest possible manner, they must not take a hostile attitude towards English. 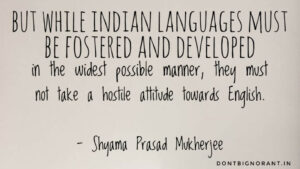 12. Politics is not the game of dullards and dunces. A politician must remain in touch with books and must make a deep study of the problems and issues before the country. This would raise the quality of his performance inside and outside the legislatures. 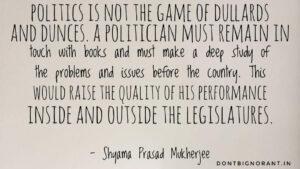 13. I have entered Jammu and Kashmir state, though as a prisoner. 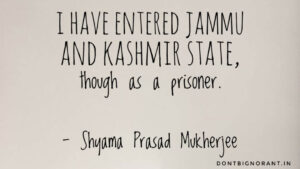 14. Internationalism can thrive only if there is a sound base of national solidarity. We should, therefore, strive hard to keep our home front safe and sound. 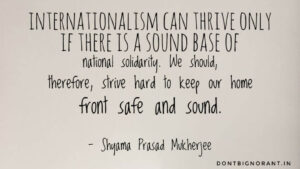 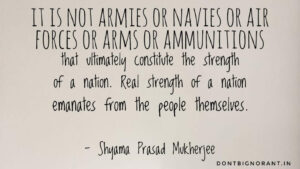 16. If India’s freedom is to be purposeful, a correct appreciation of the fundamental features of Indian culture is highly essential. 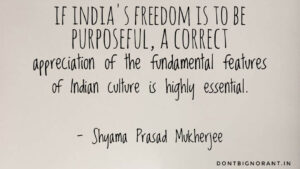 17. A nation that fails to take pride in its past achievements or take inspiration therefrom can never build up the present or plan for the future. A weak nation can never attain greatness. 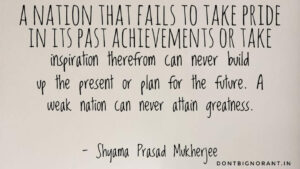 18. Achievement of unity amidst adversity, has always been India’s aim. 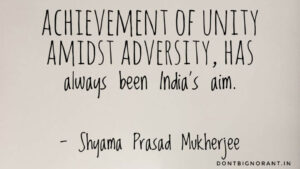 19. We may differ. But let us agree to differ in a gentlemanly way and not go on exchanging fireworks and hurling abuses at eah other because it does not carry us anywhere. 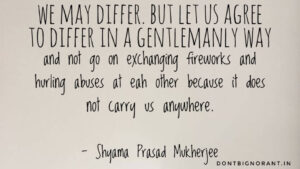 20. The sole test for judging the success or failure of a country’s foreign policy was the good it might have done to the country. 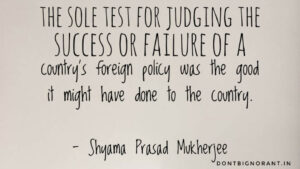 I hope you like these quotes of Shyama Prasad Mukherjee. Thanks for reading. Jai Hind.