Like a fearless Royal Bengal tiger, Netaji Subhas Chandra Bose roared in front of the British Raj to free his beloved motherland from their clutches. He was a staunch believer in Mahatma Gandhi’s message of non-violence. But, he didn’t shy away from using physical force against the enemy. And these quotes by Netaji Subhas Chandra Bose will tell us about the inspiring words and views of one of the greatest and fearless Indian freedom fighters.

1.The national goal is to me at least as clear as daylight. It is an independent republic free from the British control. An independent India has been the dream of my life and I believe it shall be a fact in Indian history. 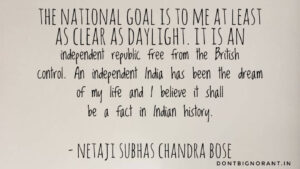 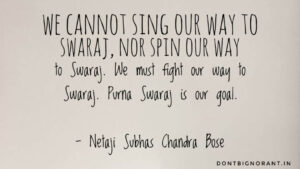 3. On the rock of Jallianwala Bagh was wrecked the ship of co-operation built by the Secretary of State for India Mr Montagu and The Punjab atrocities and their sequel made a rebel of the once-loyal Mr Gandhi. 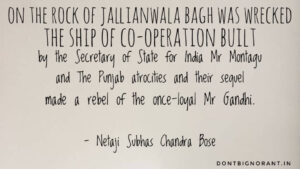 4. Arrogance, is ‘a great sin’; a really great person is self-confident but arrogance-free. 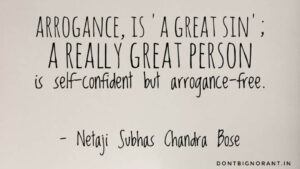 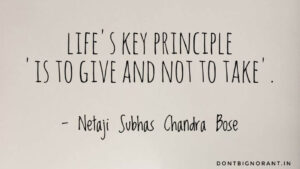 6. Those who are mean to us can be conquered by love. 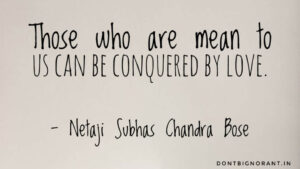 7. Education in the lower stages must be “national”, it must have its roots in the soil. We must draw our mental pabulum from the culture of our own country. 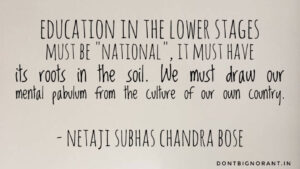 8. Fearlessness in thought and action is to me the supreme virtue in life. 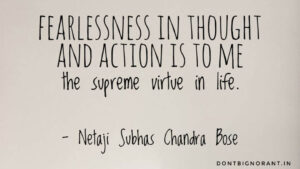 9. The man who is devoid of emotion may be a saint but he may also be a brute. 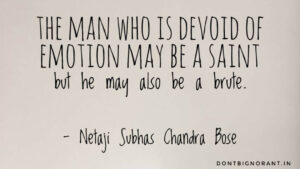 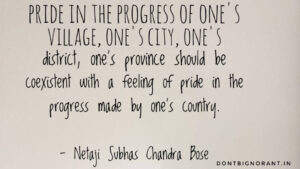 11. During the Past 40 years three great men have appeared in the Bengal to give shape to Bengali nationalism- Vivekananda, Aurobindo and Chittaranjan. In their lives the Bengalis discovered their lost soul and their spiritual ideal. In order to understand modern Bengal, one must understand these three great men. Those who have not understood their messages can never understand the New Bengal. Those who have not been able to comprehend the nature of their work, can never understand the significance of the culture of Bengal. 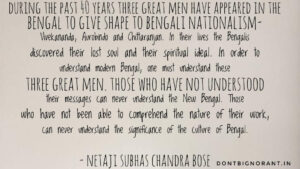 12. The world is very crooked, very mean. But one has to love and serve it selflessly and turn it into a paradise. One who loves and serves the country does not always get love and praise. He often gets crucified like Christ. That’s why Christ said of his attackers, ‘Father, forgive them, for they know not what they do’. 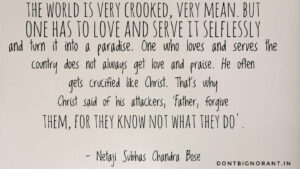 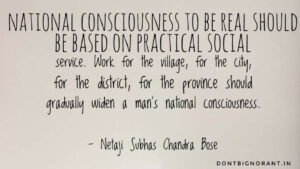 14. Consciousness that is not based on service of some of kind is airy and unreal. 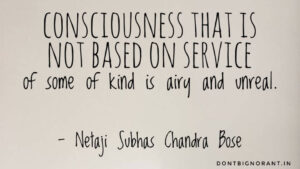 15. We want more and more of reason in our individual and social life. Reason alone can sweep away superstition and prepare the soil for the growth of science. 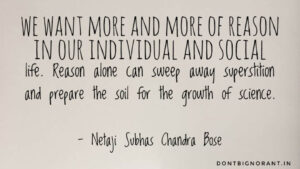 16. Reason is the sworn enemy of fanaticism and to accept one is to reject the other. 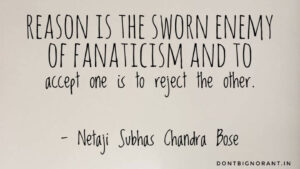 17. The Congress Cabinet of today is a one man show. Congress Working Committee (CWC) is undoubtedly composed of some of the finest men of India. But most of them have been chosen primarily because of their “blind” loyalty to the Mahatma and there are few among them who have the capacity to think for themselves or the desire to speak out against the Mahatma when he is likely to take a wrong step. 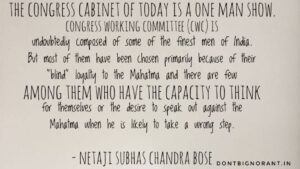 18. All Indians were duty-bound to behave properly when abroad because they were unofficial ambassadors of the country. 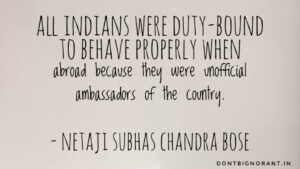 19. Whatever one’s own beliefs might be, one should never unnecessarily wound others in regard to theirs. 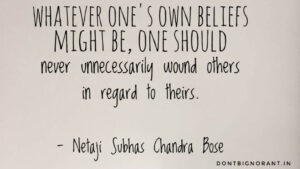 20. A half-engineer could be somewhat useful to society but a half-doctor is very dangerous. 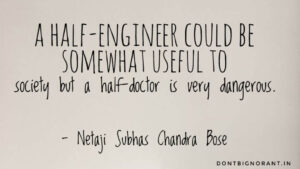 21. If women, who constitute half of society, did not engage, India would not progress. 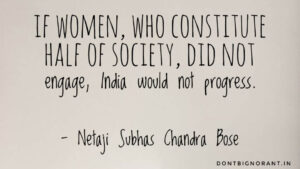 22. The British will not take me dead or alive. 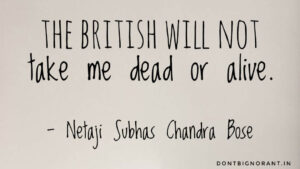 23. There is no power on earth that can keep India enslaved, India shall be free and before long. 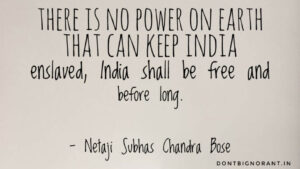 I hope you like these Netaji Subhas Chandra Bose quotes. Thanks for reading. Jai Hind.

If you have any questions regarding books or any other topic then feel free to ask me. You can connect with me through Instagram- dontbignorant