1. You know quite well that for  Gandhiji to express a wish was almost an order. 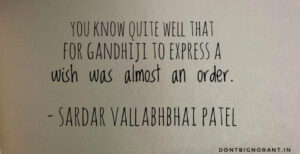 2. A State ought to be proud of a people who are strong and determined. There is nothing to be gained from the loyalty of a cowardly and cringing public. 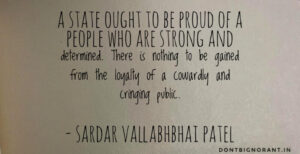 3. Even the hardest of hearts can be conquered by love. 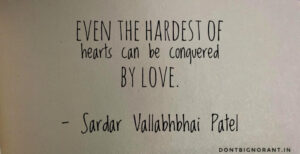 4. Anyone who is honest and who practises non-violence can never lose. 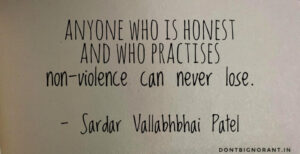 5. We must have a clear idea of what we wish to achieve and also of the methods by which we should achieve it. 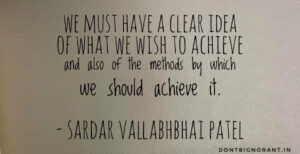 6. To cleanse the city of the dirt is quite different from cleansing the dirt of politics. 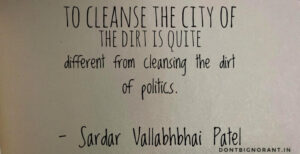 7. When I see the condition of this village today, I am reminded of my childhood days, when the elders of the village carried themselves with such dignity that the revenue officers sought their advice and sat most humbly in front of them. Today it is not so. You appear frightened of the officials. This is due to lack of unity amongst yourselves. 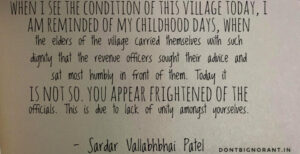 8. Stick to the path the Mahatma has shown you. You should give up violence; even thought of loot or use of underhand means. Instead, you should take to the path dharma, the path of Truth and Justice. Don’t misuse your valour. Remained united. March forward in all humility, but fully awake to the situation you face, demanding your rights with firmness. 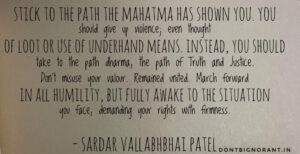 9. I want to inoculate you with fearlessness. I want to galvanise you with new life. I miss in your eyes the flash of indignation against wrong. 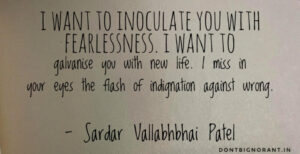 10. That man at Sabarmati, with a handful of bones, has shaken the Empire with his spinning wheel. That is a real wonder. 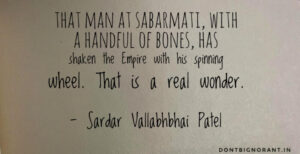 11. Wisdom will dawn on the people just as light follows sunrise. 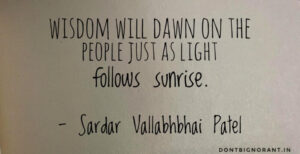 12. Freedom’s first page is being written in Gujarat’s history. 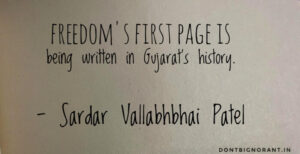 13. A Civil Servant cannot afford to, and must not, take part in politics. Nor must he involve himself in communal wrangles. To depart from the path of rectitude in either of these respects is to debase public service and to lower its dignity. 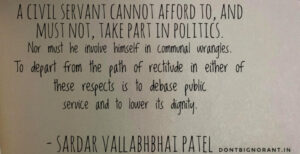 14. It would be a bad day if the people did not look up to officials holding high positions. Ministers come and Ministers go, but the permanent machinery (the civil service) must be good and firm, and have the respect of the people. 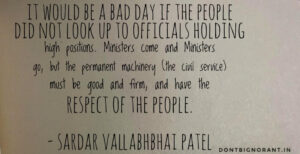 15. My Secretary can write a note opposed to my views. I have given that freedom to all my Secretaries. I will never be displeased over a frank expression of opinion. 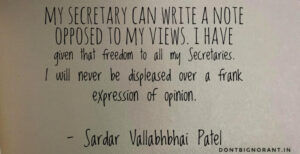 16. The sword will be met with the sword. 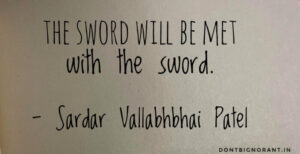 17. Our mutual conflicts and internecine quarrels and jealousies have, in the past, been the cause of our downfall and our falling victims to foreign domination a number of times. We cannot afford to fall into those errors or traps again. 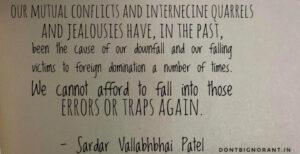 18. The safety and preservation of the States, as well as of India, demand unity and mutual cooperation between its different parts. 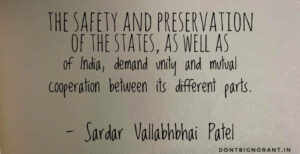 19. The Communists are as good or as bad imperialists as any other. 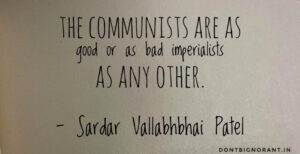 20. Chinese irredentism and Communist imperialism are different from the expansionism or imperialism of the Western Powers. The former has a cloak of ideology which makes it ten times more dangerous. In the guise of ideological expansion lie concealed racial, national or historical claims. 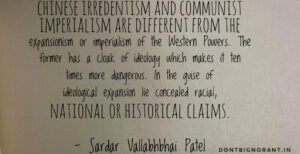 21. The Communist mentality of “whoever is not with them being against them.” 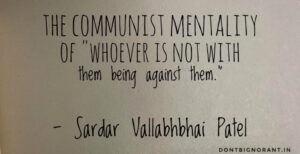 22. If the process that was adopted in the past, which resulted in the separation of the country, is to be repeated, then those who want that kind of thing can have a place in Pakistan, not here. 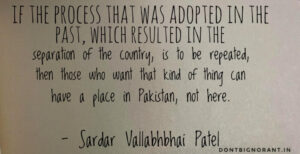 23. We are laying the foundation of one nation. And those who think of dividing again and sow the seeds of disruption will have no place and no quarter here. 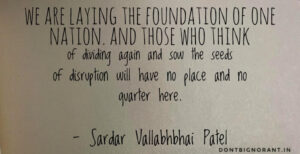 I hope you like these Sardar Patel quotes. Thanks for reading. Jai Hind.