In this article we’ll discuss some of the important quotes of Hind Swaraj by Gandhiji. In fact, these quotes will let us know about the views of the ingenious  Mahatma Gandhi. I’ve also written about the book Hind Swaraj, and you can also read that article from here – Hind Swaraj By M K Gandhi

1. We want English rule without the Englishman. You want the tiger’s nature, but not the tiger; that is to say, you would make India English. And when it becomes English, it will be called not Hindustan but Englistan. This is not the Swaraj that I want. 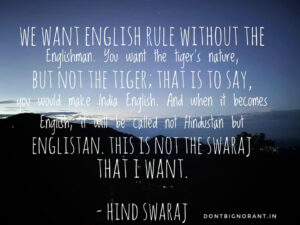 2. It is a mark of wisdom not to kick away the very step from which we have risen higher. The removal of a step from a staircase brings down the whole of it. 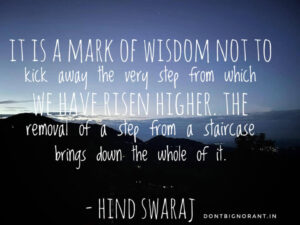 3. One who seeks justice will have to do justice to others. 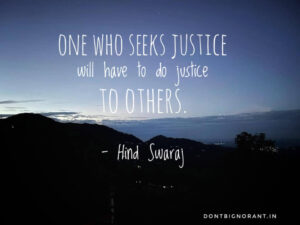 4. Civilization seeks to increase bodily comforts, and it fails miserably in doing so. 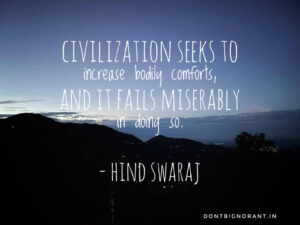 5. Civilization is like a mouse gnawing while it’s soothing us. 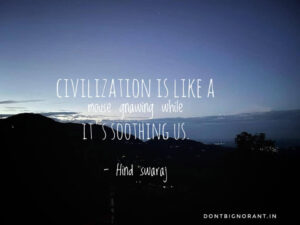 6. Strength lies in the absence of fear, not in the quantity of flesh and muscle we have on our bodies. 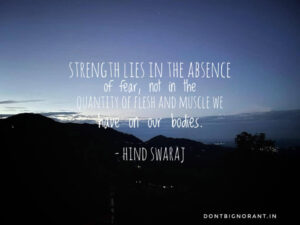 7. Evil has wings. To build a house takes time. Its destruction takes none. 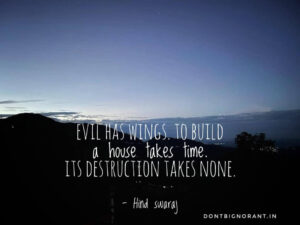 8. India cannot cease to be one nation because people belonging to different religions live in it. A country is one nation only when such a condition obtains in it. That country must have a faculty for assimilation. India has ever been such a country. 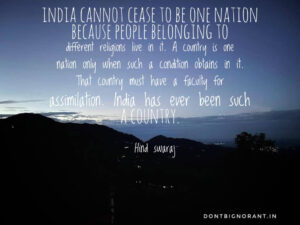 9. If I were overfull of pity for the cow, I should sacrifice my life to save her but not take my brother’s. This, I hold, is the law of our religion. 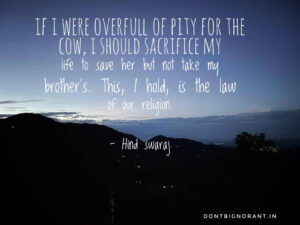 10. A clay pot would break through impact, if not with one stone, then with another. The way to save the pot is not to keep it away from the danger point but to bake it so that no stone would break it. 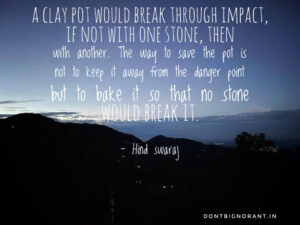 11. He is a true physician who probes the cause of disease. 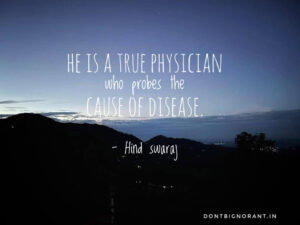 12. Civilization is that mode of conduct which points out to man the path of duty. Performance of duty and observance of morality are convertible terms. To obtain morality is to attain mastery over our mind and our passions. So doing, we know ourselves. 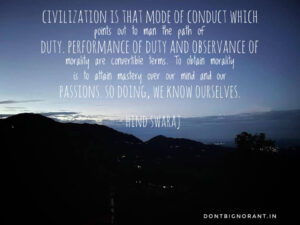 13. The more we indulge our passions, the more unbridled they become. Our ancestors, therefore, set a limit to our indulgences. They saw that happiness was largely a mental condition. 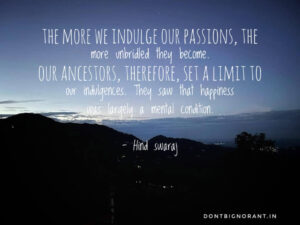 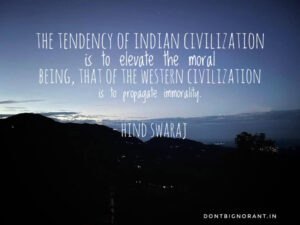 15. It is Swaraj when we learn to rule ourselves. It is, therefore, in the palm of our hands. 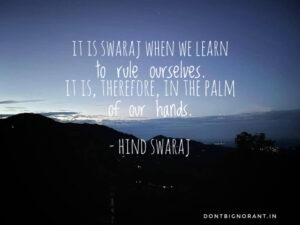 16. If the English become Indianized, we can accommodate them. If they wish to remain, in India along with their civilization, there is no room for them. 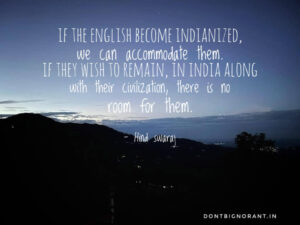 17. By patriotism I mean the welfare of the people, and if I secure it at the hands of the English, I should bow down my head to them. 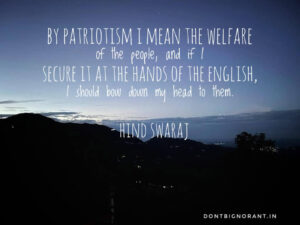 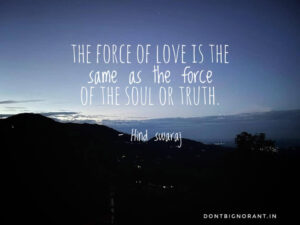 19. History is a record of the wars of the world. A nation which has no history, that is, no wars, is a happy nation. 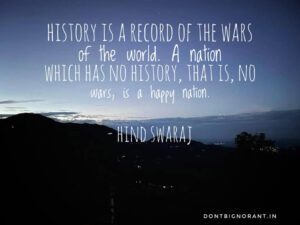 20. Passive resistance is an all-sided sword, it can be used anyhow; it blesses him who uses it and him against whom it is used. 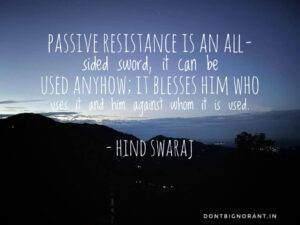 21. Passive resistance, that is, soul force, is matchless. It is superior to the force of arms. 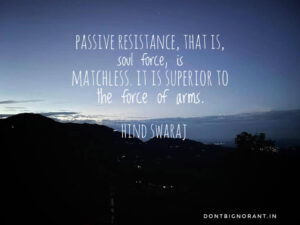 22. Education simply means a knowledge of letters. It is merely an instrument, and an instrument may be well used or abused. 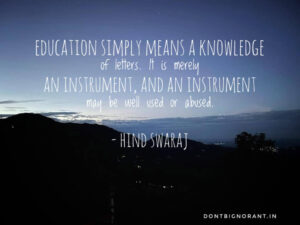 23. Those that take the sword shall perish by the sword. 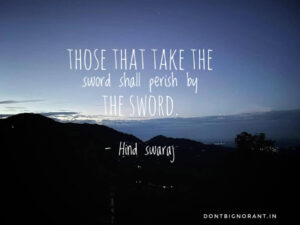 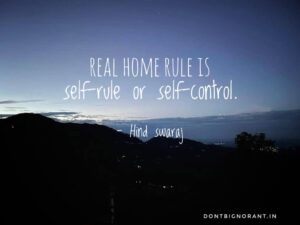 25. He whose mind is given over to animal passions is not capable of any great effort. 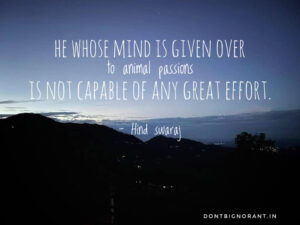 26. A man who has realized his manhood, who fears only God, will fear no one else. 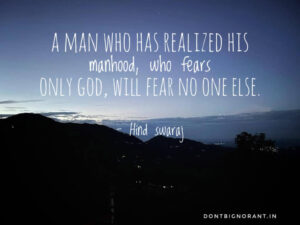 I hope you like these quotes of Hind Swaraj, Thanks for reading, Jai Hind.