These quotes by Khan Abdul Ghaffar Khan, or, The Frontier Gandhi, tells us about the thoughts of the non-violent Pathan (Pakhtun) of the NWFP (North-West Frontier Province, now Khyber Pakhtunkhawa) and one of the greatest disciples of Mahatma Gandhi who followed his creed and deed through thick and thin.

1. The fact is that the cruel are never brave. The brave never oppress anyone. 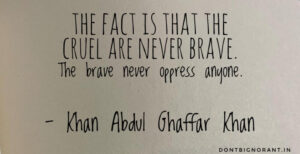 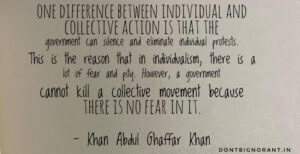 3. We do not marry our children to wealth as we consider decency, capability and dignity more important in a marriage. 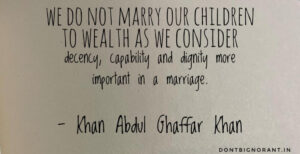 4. Nations are not woken up merely through prayer. To awaken a nation, leaders are needed who are selfless, honest and are ready to serve their people. 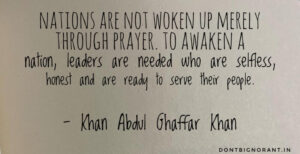 5. There is always love between those who have the same objectives. They will have differences of opinion amongst themselves, but this is always a blessing for the group. 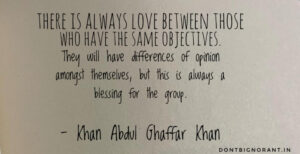 6. My religion is truth, love and service to God and humanity. Every religion has brought the message of love and brotherhood. Those who are indifferent to the welfare of their fellowmen, whose hearts are empty of love, they do not know the meaning of religion. 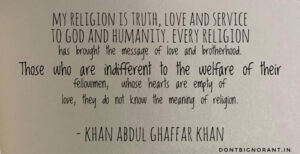 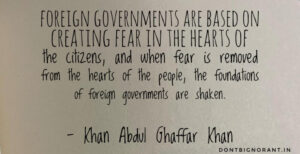 8. The feeling of nationalism awoke in me when I began to associate with nationalists. 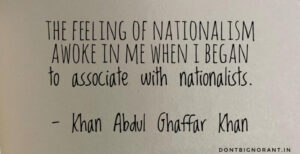 9. I would always try to remove the sense of inferiority from the minds of the women, which had been inculcated in them by ignorant and selfish men. 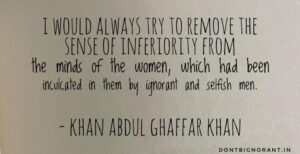 10. In all honesty, faith is about doing good deeds. 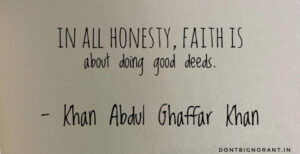 11. The truth is that no one confers rights on anyone; rights are always snatched. 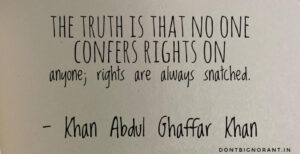 12. The weakness of the Muslims of Hindustan was that they were not interested in their internal affairs but were preoccupied with those of foreign lands. 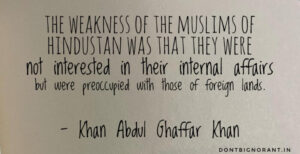 13. It is very difficult to combat public opinion. 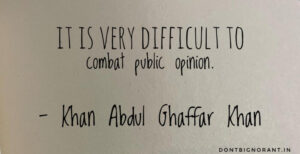 14. Revolution is the outcome of patient work. It requires education and knowledge. Revolution needs people who can convince the nation of the need for revolution. 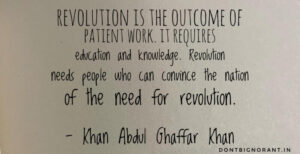 15. We should always consider the comfort and well-being of our fellow human beings; and whatever we do, we should first experiment with it ourselves. If we are comfortable with it, only then should we choose it for others. 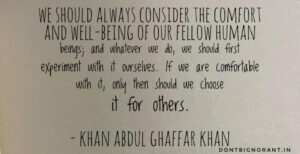 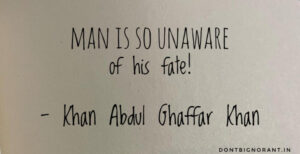 17. The prejudices of generations cannot be changed overnight. 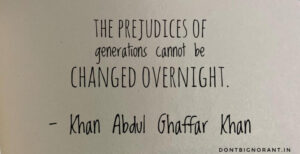 18. Everyone’s dignity and self-respect is in their own hands; and if everyone was to control their own desires and needs, their would always be at peace, content and honourable. 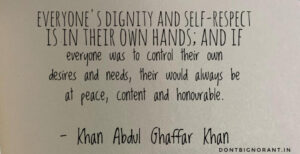 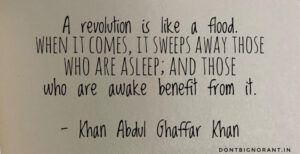 20. That whoever had decided to serve humanity, had to face pain and undergo hardships. 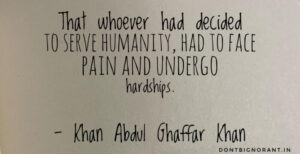 21. A Khudai Khidmatgar would serve his land and people for the sake of God only. He would have no other objective in mind. He will abandon customs and rituals and would do physical labour for two hours every day. When he would take this oath, only then would we write his name in the list of the Khudai Khidmatgar. 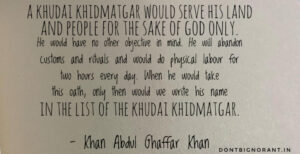 22. When misfortune befalls a nation, one becomes a fool, even if one has a rational mind. 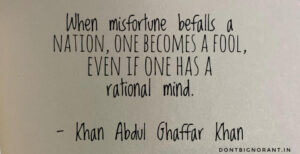 23. The sapling of liberty prospered only with the blood of the martyrs. 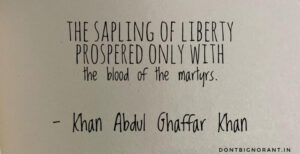 24. I have always believed that the development of people was possible only when its women stood shoulder to shoulder with their men, like the second wheel of a two-wheeled cart. 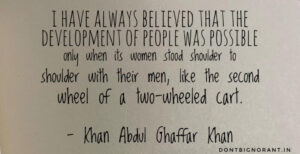 25. The Pukhtuns were such a people who, instead of the use of force, were persuaded more by kindness. 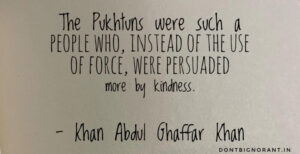 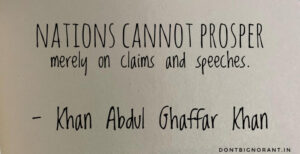 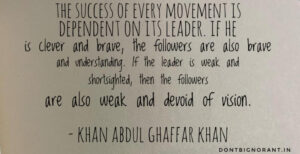 28. History has shown that movements originating in the cities have come to an end at the hands of the rulers, but village-based movements cannot be ended easily. 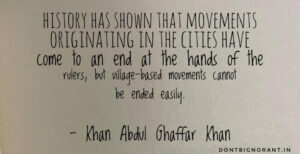 I hope you like these quotes of Khan Abdul Ghaffar Khan aka the Frontier Gandhi. Thanks for reading. Jai Hind.

If you have any questions regarding books and any other topics, then feel free to contact me. You can connect with me through Instagram- dontbignorant