5 Must Read Books On 75th Independence Day Of India

On August 15, 1947, Indian won its independence from the British. Now, on 15 August 2021, Indians all over the globe will celebrate its 75th Independence Day. Although, too much of water has flown through the Ganges but few incidents and few people deserves to be read on this special occasion.

So, Let’s commemorate this Independence day by reading these 5 must read books on 75th Independence Day of India.

5 must read books on 75th Independence Day of India –

. The life of Mahatma Gandhi by Louis Fischer

. The Great Partition by Yasmin Khan

. An Autobiography by Jawaharlal Nehru

The Jallianwala Bagh massacre of 1919 not only shook the conscience of leaders like Mahatma Gandhi, Rabindranath Tagore, Motilal Nehru but it also left an indelible mark on the psyche of Indians.

In fact, the massacre which the British did at the Jallianwala Bagh is a blot on the history of the British Empire. 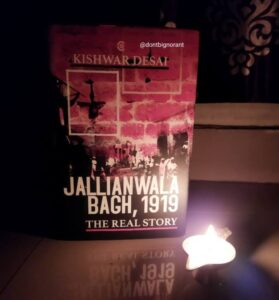 Although, Indian civilization believes in the creed of forgiveness. But, Indians needs to remember that, Forgive but don’t forget.

Order your copy from here – Jallianwala Bagh The Real Story

The life of Mahatma Gandhi by Louis Fischer

You can love Mahatma Gandhi, you can hate Gandhi but you can’t ignore Mohandas karamchand Gandhi, especially in India. The Father of the nation to the people of India. Although, people have different notions about Gandhiji but miniscule of people have tried to read about him. 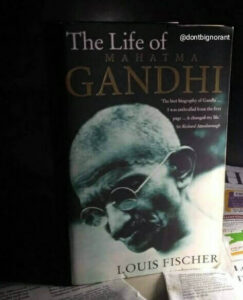 Gandhi, The apostle of nonviolence

The life of Mahatma Gandhi by Louis Fischer is one of the best biography books that you will find on him. That’s why I suggest anyone who is interested in reading about Gandhi to start with this book. Although, the font of this book is too small but the content is worth reading.

To read about Gandhi in detail you can also read from here – Mahatma Gandhi, The Apostle Of Non-violence

Order your copy from here – The Life of Mahatma Gandhi by Louis Fischer.

The Great Partition by Yasmin Khan 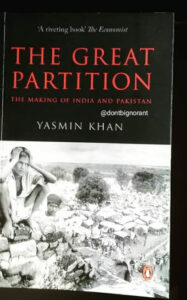 The Great Partition of India

Order your copy from here – The Great Partition by Yasmin Khan

An Autobiography by Jawaharlal Nehru

Jawaharlal Nehru was not only the first prime minister of independent India but he was also one of the most important founding fathers of India. He remained as the Prime Minister of India for almost 17 years, democratically. That’s a feat in itself. To understand the modern India we Indians need to read about the man who remained as the captain for almost two decades. 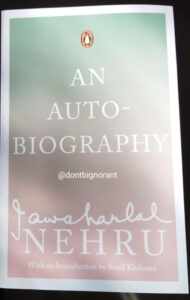 An Autobiography by Nehru

Order your copy from here – An autobiography by Jawaharlal Nehru 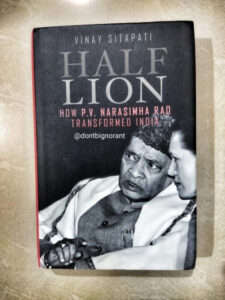 Today, India is a $3 trillion dollars economy. This achievement wouldn’t been possible without the craftsmanship of Narasimha Rao.

Order your copy from here – Half Lion how P.V. Narasimha Rao Transformed India by Vinay Sitapati

I hope you like this article and the books which I recommended. Thanks for reading, Jai Hind.