There is something about Mohandas Karamchand Gandhi, that made him one of the greatest men ever born on planet earth. That’s why Asia’s first Nobel laureate, gave him the epithet of Mahatma, or, The Great Soul. In fact, people like Nelson Mandela, Martin Luther King Jr, Barak Obama, and many other great people not only admired him, but they also adopted his creed of non-violence in their lives through thick and thin. And to understand what made Gandhi so evergreen even today requires a thorough reading of his life and times, isn’t it. That’s why I recommend you these six books that will help you in understanding Mahatma Gandhi and his thoughts.

2. The life of Mahatma Gandhi by Louis Fischer

3. Gandhi before India by Ramachandra Guha

4. Gandhi, The years that changed the world by Ramachandra Guha

5. The Good boat man, A Portrait of Gandhi by Rajmohan Gandhi

6. The Gift, Ten spiritual lessons for the modern world from my grandfather, Mahatma Gandhi by Arun Gandhi 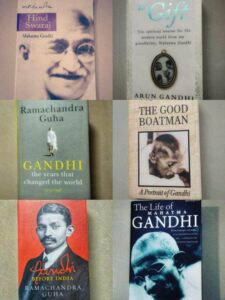 Mahatma Gandhi books that everyone should read

One can ignore reading any biography written on Gandhi. You can even skip reading his autobiography. But, one book which you can’t miss is, Hind Swaraj. In fact, through this book, Mahatma Gandhi documented his thoughts about Hindustan, the British imperialism, and his vision for his motherland. This is a must-read book on Mahatma Gandhi. 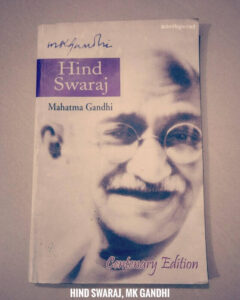 The Life of Mahatma Gandhi by Louis Fischer

The Life of Mahatma Gandhi by Louis Fischer is one of the earliest written biographies on him. In fact, the USP of this book is that the author had direct access to Mahatma Gandhi, during his life and times. A very-readable biography on Gandhiji. 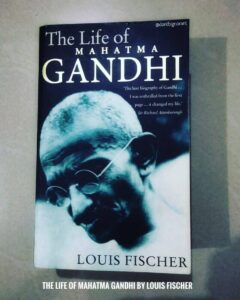 The life of Mahatma Gandhi by Louis Fischer

Even for a layperson, this book is more than enough. But, the font of the paperback edition of this book is too small. Otherwise, a gem of a book.

Gandhi before India by Ramachandra Guha

Ramachandra Guha, is an authority on Mahatma Gandhi. In fact, he is one of the top-most biographers on Gandhiji. In Gandhi Before India, Mr Guha covered the life of Mohandas Gandhi from his birth to his experiences while living in South Africa as a Satyagrahi. 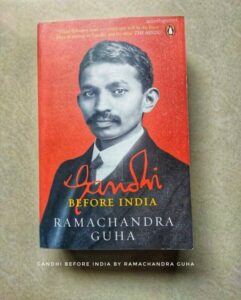 Gandhi before India by Rama Guha

You can go for this book after reading Louis Fischer’s biography on Gandhiji. In fact, even for research purposes you can read the books which I’ve mentioned here in chronological order.

Gandhi, The years that changed the world by Ramachandra Guha

Gandhi, The years that changed the world, is the second part biography on Gandhiji by Ramachandra Guha. In this book, the author has covered quite extensively the life of Mahatma Gandhi. In fact, from Mahatma Gandhi’s arrival in India from South Africa; his first Satyagraha in India, his struggle for the freedom of India from the British imperialism, and lastly his assassination in January 1948. All were covered by the author in a judicious way. 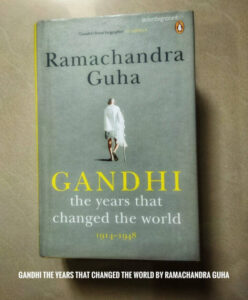 Gandhi the years that changed the world by Rama Guha

This book is quite big in itself. So, make sure you read it diligently. Several pics are also there in the book. And the language is not that tough to read. However, the book is only for no-nonsense readers.

The Good Boatman, A Portrait Of Gandhi by Rajmohan Gandhi

It’s an irony that even in India, you’ll find people who are aware of Gandhiji. But, when it comes to his family, there is no such awareness among the multitude of Indians. The Good boat man, is a book on Mahatma Gandhi, written by his grandson, Rajmohan Gandhi. It’s a very readable book. And you can go for this book. In this book the author talked about some of the important things associated with Gandhiji. Like his views on God, untouchability, his seminal work Hind Swaraj, the Hindu-Muslim divide and about the partition. 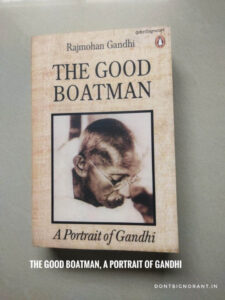 The good boatman by Rajmohan Gandhi

Rajmohan Gandhi is the son of Mahatma Gandhi’s youngest son, Devdas Gandhi, and Laxmi Gandhi. The latter is the daughter of the India’s last Governor-General and freedom fighter, C. Rajgopalachari.

The Gift, Ten spiritual lessons for the modern world from my grandfather, Mahatma Gandhi by Arun Gandhi

The Gift by Arun Gandhi tells us some of the quintessential experiences of the author while living with none other than his world-famous grandfather, Mohandas Karamchand Gandhi. 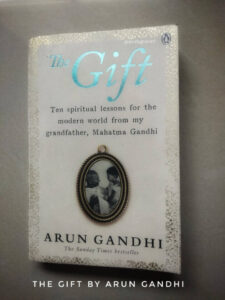 The Gift by Arun Manilal Gandhi

You can read my review of the book, The Gift, 10 Spiritual Lessons For The World By Mahatma Gandhi

I hope you like this article about some of the best books on Gandhiji. Thanks for reading. Jai Hind.