If ever a man lived, sacrificed, suffered and died for his people, Ghaffar Khan was such a man. 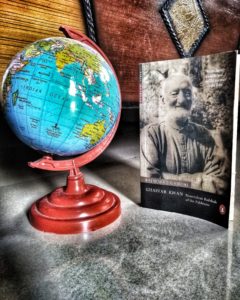 Ghaffar khan, nonviolent badshah of the Pakhtuns is a concise and knowledgeable biography of the “Frontier Gandhi”.

Ghaffar Khan, fought against the British for the undivided India, and he’s a champion of the ‘Pashtun Nationalism’.

So, let’s start with some basic questions.

Who was Ghaffar Khan?Why he was called as the Frontier Gandhi?

And what was his relationship with Gandhiji?

And lastly what are the things that the people of India and Pakistan, especially the pashtuns of Pakistan can learn from this great soul?

Ghaffar khan was one of the most important freedom fighters of undivided India. And he was against the Partition of India on religious lines.

He was born in 1890 in the village of utmanzai in the charsadda tehsil in the Peshawar valley. He was from the muhammadzai tribe of the pakhtuns.

During the Indian freedom movement Badshah khan was renowned for his Khudai Khidmatgar (Servants of God) organization or KKs, also known as the ‘Red shirt Movement’.

He was called as the Frontier Gandhi because throughout his life he practiced and preached the Gandhian creed of ‘Non-violence’.

He was against the concept of badal or revenge in the pashtunavali, or the way of the pakhtuns.

Because for him, ‘An eye for an eye only ends up making the whole world blind’.

‘My brother in spirit’, this was the statement made by Gandhiji for Ghaffar khan.

This single sentence tells us that what kind of relationship existed between the two men.

The people of India and Pakistan can learn lots of things from Badshah khan. 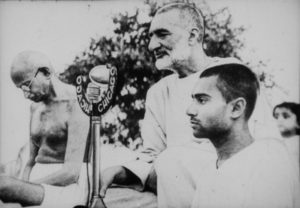 First and foremost is the unparalleled love which he showed for the Creed of ‘NON-VIOLENCE’.

We have to keep in mind that ‘non-violence’ is the weapon of the strong not of the weak.

Secondly, throughout his life he fought for the empowerment of the Pashtuns.

That’s why after the partition of India, he raised his voice for the creation of an autonomous ‘Pashtunistan’.

Ghaffar khan should be the ideal role model for the educated pashtuns, not those who preach violence and hate in the name of God.

In the annals of history we often found handful of people who had adhered to the Gandhian creed of ‘Non-violence’ through thick and thin, and one of them was Ghaffar Khan aka Frontier Gandhi.

This brave Pashtun throughout his life fought against the British imperialism.

And that’s why people called this great soul as the ‘Badshah Khan’.