‘If any person raises his hand to strike down another on the ground of religion, I shall fight him till the last breath of my life, both at the head of the government and from outside.’ 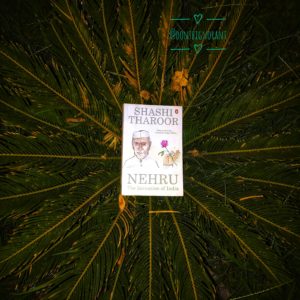 Nehru, The Invention of India is a concise and readable biography of Jawaharlal Nehru.

Who was Jawaharlal Nehru?

What were the achievements of Nehru as the PM of India?

Jawaharlal Nehru was the first Prime Minister of Independent India.

He was born on 14 November 1889 to Swarup rani and Motilal Nehru.

Nehruvianism is the philosophy of Jawaharlal Nehru which he followed in his life through thick and thin.

And it is the amalgam of these four pillars:-

Those people who subscribe to the concept of Nehruvianism are known as ‘Nehruvians’.

There were lots of achievements of Nehru as the The first PM of India.

The first and foremost is the notion of ‘Indianess’ which he maintained throughout his life.

Secondly, he established the civilian supremacy over the armed forces of India.

And most importantly he remained a diehard democrat throughout his life.

For a beginner I would suggest that you can go surely for this concisely written biography.

The language is also easy to be read.

‘All heroes, if they are around long enough, will see themselves become the villain’.