Lahore : The City That Is Eager To Forget Its Past 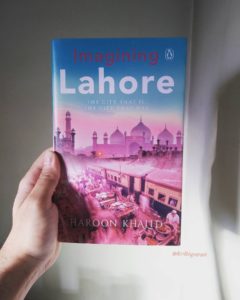 The author of this book is renowned for his unbiasedness. And the way he linked the past of the city with the present is laudable. Lahore, is the second-largest city in Pakistan, The capital of the Pakistan’s hegemonic Punjab province.

The city with its grandeur past is considered as the epitome of Pakistani Nationalism.

Be it military, judiciary, politics and the bureaucracy, the dominance of Punjabis, especially of Lahoris is quite visible in Pakistan.

But after the partition of India when Pakistan was formed, the nationalist historians of the latter systematically started removing that portion of history which according to them was un-islamic.

The communalisation of history is part of that process.

Enforcing the binary viewpoint of history has become the law of the land in Pakistan.

And to some extent this kind of distorted history is also being popularized in India too, where everything is considered in ‘Black’ and ‘White’ terms, ignoring the most important ‘Grey’ area.

According to mythology, The city was founded by the son of ‘Lord Ram’ & ‘Sita’, Lav, the city came to be Known as ‘Lavapuri’, which eventually became ‘Lahore’.

Though Lahore became Lahore under the ‘Great Mughlas’

It was Akbar who transferred his capital to Lahore. But this is only one side of the story.

The Sikh Empire under the leadership of the Great Maharaja Ranjit Singh selected Lahore as their capital. It was in this city where he laid to rest along with his several queens.

The mausoleum of the founder of the Slave dynasty (Mamluk dyansty), Qutub al-din Aibak is also there.

It was in this city where the Indian National Congress(INC) under the Presidentship of Jawaharlal Nehru passed the Purna Swaraj resolution in Dec 1929.

The legendary revolutionary Bhagat Singh studied in this city of grandeur.

It was in the ‘Second lahore conspiracy case’ where he along with his comrades Rajguru and Sukhdev were given the capital punishment by the British.

He was hanged in the lahore central jail, and with that he became an epitome of revolution.

Before partition of India, Lahore was famous for his syncretism which with time faded like the evening sun.

Though according to a famous proverb,

These words were true but that time was different.

At present the residents of this majestic city are just running away from their past because it doesn’t suit their biasness.

‘A man’s feet should be planted in his country, but his eyes should survey the world’.