Although, Mulk raj Anand wrote his first novel, The Untouchable, in the year 1935, when India was under the British rule. But, the impact of that book was so great that it became an all time Indian classic. Even today the story and the characters found its relevance in today’s India. After 75 years of Independence, when it comes to caste and Untouchability very little has changed in the world’s largest democracy.

1. They think we are dirt because we clean their dirt. 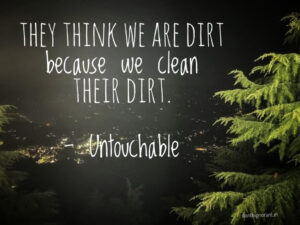 2. None of us are pure, we shouldn’t be alive if we were. 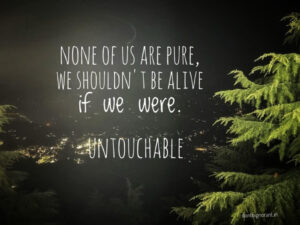 3. He had begun to work at the latrines at the age of six and resigned himself to the hereditary life of the craft, but he dreamed of becoming a sahib. 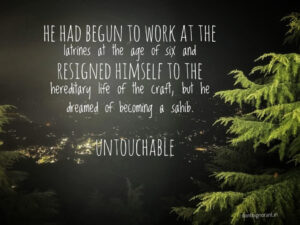 4. Keep to the side of the road, you, low-caste vermin. 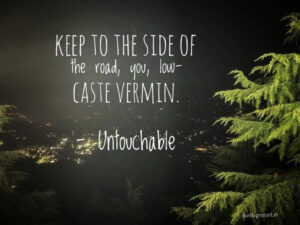 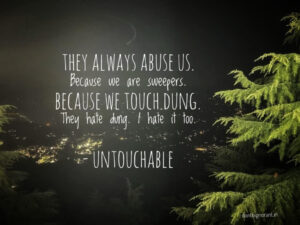 6. A true child of the outcaste colony, where there are no drains, no light, no water; of the marshland where people live amongst the latrines of the townsmen, and in the stink of their own dung scattered about here, there and everywhere; of the world where the day is dark as the night and the night pitch dark. 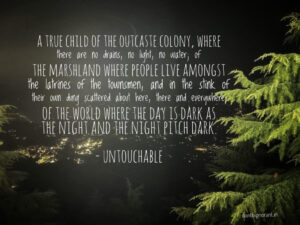 7. But now he knew that there were degrees of castes among the low-caste, and that he was of the lowest. 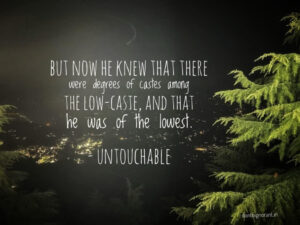 8. I only get abuse and derision wherever I go. Pollution, pollution, I do nothing else but pollute people. 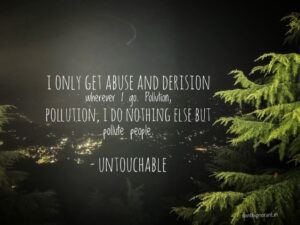 9. I regard Untouchability, The Mahatma Gandhi was saying, as the greatest blot on Hinduism. This view of mine dates back to the time when I was a child. 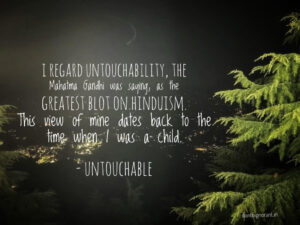 10. Two of the strongest desires that keep me in the flash are the emancipation of the Untouchables and the protection of the cow. 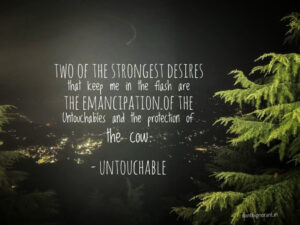 11. Untouchable could only have been written by an Indian, and by an Indian who observed from the outside. 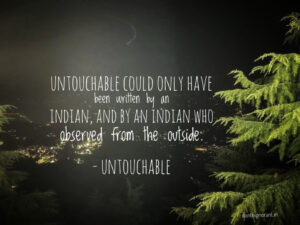 Order your copy of the untouchable from here – Untouchable