The 17 Best One Part Woman Quotes By Perumal Murugan

In this article we’ll discuss some of the best quotes of the one part woman novel. In fact, the story is quite fascinating in itself. And you can also read my interpretation of the book from here. One Part Woman, A Perumal Murugan Novel. 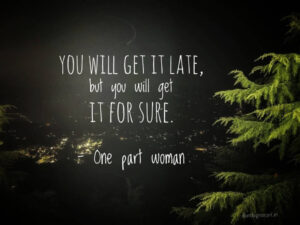 2. It annoyed Kali that though they might have a million things wrong with their own lives, people found great pleasure in poking and prodding other people’s miseries. 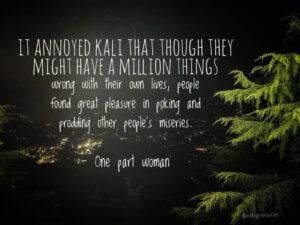 3.You have known me for all these years, and yet how little you know me! 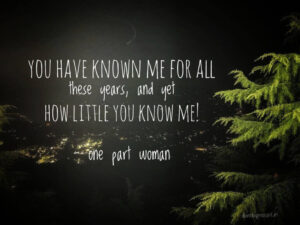 4. As if you have some wonder of a husband that no one else has! Even if he moves his finger a little bit, you run and stand in front of him. 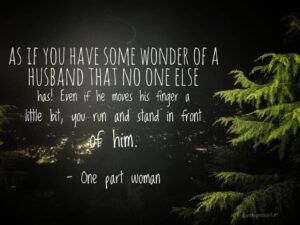 5. But could anyone change a belief that had survived through the ages? 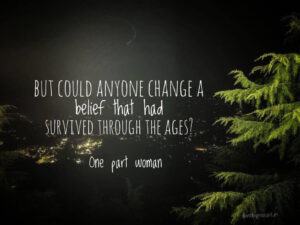 6. It might even be possible to live without her. But he couldn’t live with the allegations. 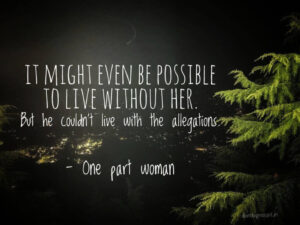 7. If man had the prospect of living any longer than he already did, he would want to keep everything for himself. When we finally leave, life strips us even of the little piece of cloth we are wearing. And all this talk! Even those who look like they could die any day now talk non-stop about money and inheritance. 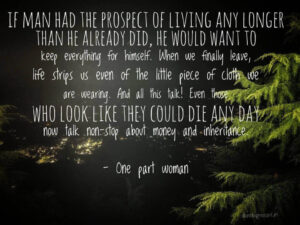 8. It is not enough to give birth to children, you should also know how to take care of them! 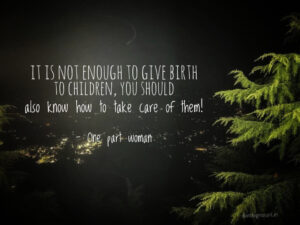 9. A dog that steals from his own home can even drop a rock on your head while you sleep. 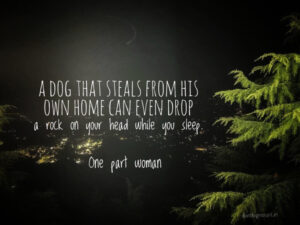 10. What did you accomplish by getting married? You spread your pallu for a worthless husband, gave birth to so many children, and you are suffering till today. Drop the matter. I don’t need to go through the same hell. 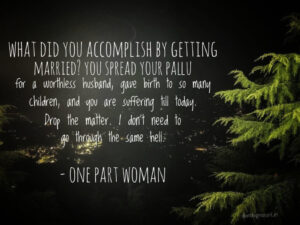 11. For me, night is the real afternoon. 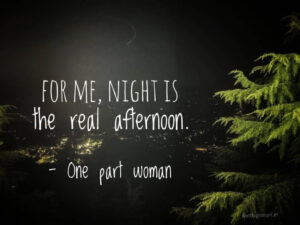 12. I can’t deal with marriage and all that stuff. It is enough to come and go as I am. As if it’s not enough to tie a ring around nose, they want to tie you to a stalk as well. 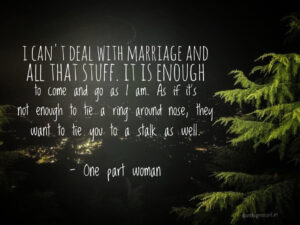 13. Even when you have spent years with some people, their real faces are revealed only when the right time comes. God knows how many faces lie concealed forever, with no opportunity to reveal themselves. 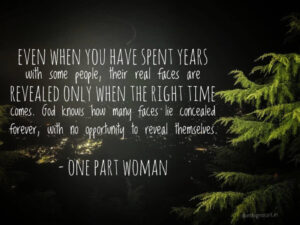 14. If you are always worried about what others are going to say, you will always be in trouble. 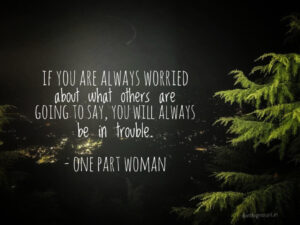 15. Once you have a child, you will have things like shit to deal with. You can’t be squeamish about that. 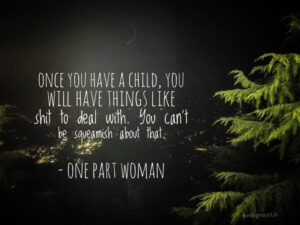 16. It was no problem casting aside superficial concerns. But there were those that had seeped deep into the mind, and lay there rotting. Was it an easy task to hack at them and throw them out? 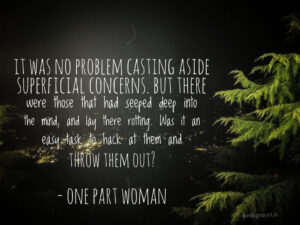 17. His intense embraces accomplished what his gentle words could not. 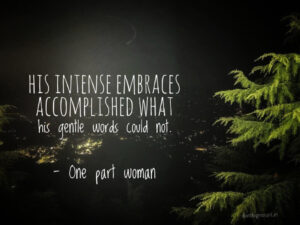 I hope you like these quotes of one part woman. Thanks for reading, Jai Hind.

You can also order your copy of the book from here- One Part Woman Book.