The 20 Best A House Without Windows Quotes

In Nadia Hashimi’s, A House Without Windows we came to know about the story of an Afghan woman by the name of Zeba. So, let’s also discuss some of the readable quotes of a house without windows.

A house without windows quotes –

1. Thunderstorms don’t show up when you need them.

2. Adolescence had gifted him with the unfortunate insight to see his parents for what they were. Home had not been a refuge. Home had been, for as long as Basir could remember, a broken place, broken dishes, broken ribs, broken spirits.

3. The fact that they had so little in common seemed to draw them to each other. Language, religion, professional fields, they studied each other with almost academic interest.

4. Imagine a home led by three different patriarchs in one year, she thought to herself. No, this kind of home could not survive, nor could a country.

5. No wife or husband is without fault. Only those two know the truth of their story. 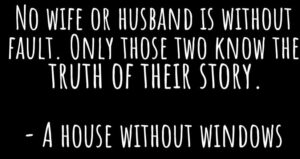 6. We’re going to have bigger problems here as soon as they leave. Sometimes you’re so worried about getting rid of the ants in your house that you don’t notice the mice lying in wait. 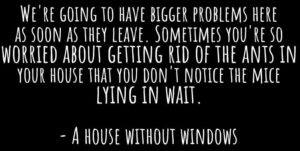 7. They were like two horses with blinders on, standing side by side and pretending not to be aware the other existed.

8. Anyone with a heavy chest can be a poet.

9. The way a woman ultimately felt about her husband, whether she would spit his name out or whisper it in rapture, this would be decided over the course of years. It would be decided only after thousands of meals had been prepared, after the birth of a few children, after the death of a loved one, after a few nights spent apart and the temperaments had shifted between hot and cold like the seasons.

10. Boredom is a crime waiting to happen. 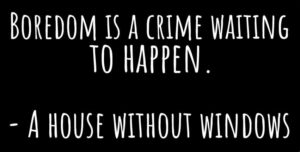 11.They like to keep people a good, long time before they even start the trial. Keep you in here so long that you and everyone you know start to believe you’re guilty for whatever’s written in your file.

12. Any parent, his mother had told him once, is better than no parent at all. 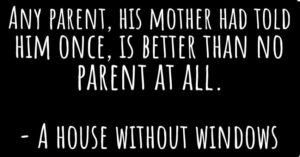 13. Sometimes people needed time to understand what was best for them. 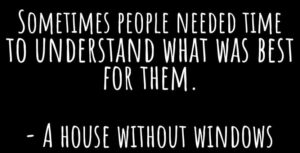 14. I’m defending a woman who doesn’t want to be defended.

15. Our minds are wild beasts. We tame them with fear of God or punishment, but sometimes they refuse to cower. That’s when things turn ugly. 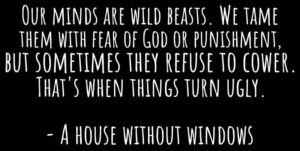 17. Tonight, you will listen to the sorrows of my soul. Though tomorrow, you will forget all that has been told.

18. It’s amazing how capable and resourceful they are in finding a woman who’s escaped from a deadly home. No criminal is worse than a woman who wants to live for herself.

19. The rest of the world bows their heads to you, dear judge. It’s my job to remind you you’re just a man.

I hope you like these quotes of a house without windows by Nadia Hashimi. Thanks for reading, Jai Hind.