The 3 Best Books By Haroon Khalid Of Pakistan

Haroon Khalid is a Pakistani author. Till date he has written four books. The USP of his books is that from an intellectual to a layman anyone can read, enjoy and learn from his work. In this article we’ll discuss about three books of Haroon Khalid which I enjoyed reading.

These are the following books by Haroon Khalid –

. In Search of Shiva, A study of folk religious practices in Pakistan

. A white trail, A journey into the heart of Pakistan’s religious minorities.

Walking with Nanak, is a beautifully written religious travelogue by Haroon Khalid who belongs to a country where people wears religion on their sleeves. And the country here is the Islamic Republic of Pakistan, where The First Sikh Guru, Baba Nanak spent most of his life and times. 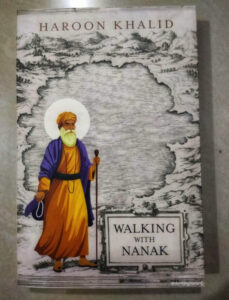 For the detailed article you can read from here – Guru Nanak, The Spiritual Master

Order your copy from here – Walking with Nanak by Haroon Khalid 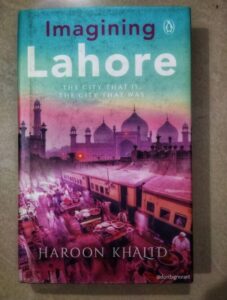 For the detailed article you can read from here – Lahore, The City That Is Eager To Forget Its Past

Order your copy from here – Lahore by Haroon Khalid

In Search of Shiva, A study of folk religious practices in Pakistan

When it comes to Pakistan, the first word which often comes to my mind is, ‘Islamic state’, a theocratic nation which was created for the Muslims of British India, especially for the sunni muslims, by partitioning India in the year 1947 on the basis of Islam.

And in Pakistan if there is anything which is related to Hindus or Hinduism, then it should be discarded as soon as possible. Because the foundation of Pakistan was based on the concept of the ‘Two-nation theory’, which says that Hindus and Muslims are two different entities and they can’t live together. 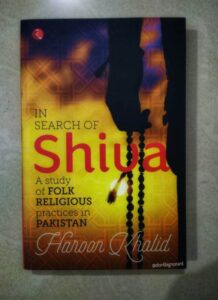 In Search of Shiva by Haroon Khalid

But in search of Shiva, a study of folk and religious practices in Pakistan, the author refuted all such absurd notions and theories and presented to the reader a very different side of Pakistan.

And for this he travelled in and around Lahore and visited several shrines. Like the one where women presents phallic-shaped offerings to the patron saint, while praying for the child.

A shrine where the ordinary muslims worship sacred trees, and a shrine which is dedicated to peacocks. And several other shrines like, Peer Abbas kutiyanali Sarkar, or Peer Abbas the master of dogs, Kawan wali sarkar and Hazrat baba ghulam rasool billiyan wali sarkar etc.

And he rightly said that all these practices are thousand years old, and the practices like, phallus offerings, worshipping sacred trees and animals, are part of the hinduism, and these cultural practices can trace their origins from the ‘Indus Valley Civilization’.

As these cultural practices were influenced by hinduism, and in Pakistan it is considered that anything which is Indian or influenced by Hinduism is un-islamic.

And with the rising influence of Saudi infected Wahhabism creed amongst the ordinary Pakistani citizens, these cultural traditions and practices which accepts diversity are dying slowly.

In fact, because of the wrong educational system, the rising influence of Saudi culture, and the faulty policies of the Pakistani state, the citizens of Pakistan are becoming more intolerant towards minorities, and this kind of attitude is disastrous for any country.

Though the author of this book only covered those shrines which are situated in and around Lahore. But he did a commendable good job, and very beautiful he linked the past with the present.

The language of the book is very easy to be read. I thoroughly enjoyed this book, and I also strongly recommend to readers to read this book, and also enlighten yourself with the another side of Pakistan, which the national media or daily newspapers rarely covers.

I hope you like this article about the books by Haroon Khalid, Thanks for reading, Jai Hind.