The Bengalis: A Portrait Of A Community

The Bengalis, A portrait of a community is a part history, part memoir, and part travelogue of an ethnicity who’ve produced not only Nobel laureates but also several revolutionaries of the highest stature. They are known as the Bengalis or Bongs.

In India, we’ve the four fold caste system or the Varna vyavastha. But, in Bengal and amongst the Bengalis there is another division within the society. It’s divided into Bhadralok and Chotolok. The former can be defined as the people who are educated, well cultured and speak the Angrezi (English) other than Bangla in a fluent way. The latter can be defined as the people who are from the lowest rung of the society. They are not well educated and they usually do menial jobs. 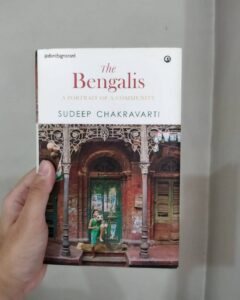 The Bengalis, A Portrait of a community

Although, the author of this book has tried to explain about the community from which he belongs. But, somehow he used words and language which is hard to grasp. He could’ve conveyed the story in a simpler way for Bengalis and Non-Bengalis readers alike.

Being a Bengali and from the Bhadralok community. The book has been written for the elites by an elite. That’s why it is said that writing in a tough language is too easy but conveying the message in a layman’s words is too tough.

So, let’s return to the topic of our discussion, The Bengalis.

Bengal and Bengalis have always shown the way in both good or bad way to India, isn’t it? Be it the fight against the evils of the society like child marriage, Sati pratha, education and remarrying of widows to the communal mayhem of 1946 in which they’ve participated and which eventually led to the  Partition Of India in 1947.

The Bengal and Bengalis are an epitome of the word, Paradox. From extreme left to the extreme right, people of every shade can be found in the streets of Kolkata, Dhaka and other cities of Bengal. That’s what made them a unique community.

So, let’s explore about Bengal and the Bengalis who’ve experienced the partition of their land twice.

Who are the Bengalis?

Bengalis are the third largest ethno-linguistic group in the world, after the Han Chinese and the Arabs.

In fact, Rabindranath Tagore was the first Asian and Bengali who has won the Nobel Prize for literature in 1913.

The Bengalis in India have a province, West Bengal. But the Bengalis in Bangladesh have a country of their own. So, you can’t ignore the importance of this ethnic-linguistic group. But, this community also suffered a lot. Be it the Great Famine of 1943 to the Great Calcutta Killings of 1946. Bengalis as a whole have had experienced both death and starvation.

Although, India was partitioned once in 1947, but Bengal was partitioned twice. First in 1905 and then in 1971, When an independent nation by the name of Bangladesh was born.

British ruled over India for almost 150 years. They were able to rule because they’ve mastered the craft of Divide and Rule. The British realises as early as 1857 during the Sepoy mutiny or the First war of Independence that to rule a country as diverse as India they need to widen the religious fault lines. And they did that job with full zeal. 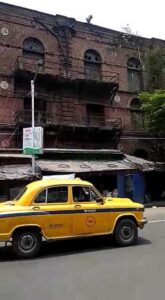 Kolkata, The City Of Joy

The cocktail of religious sectarianism and fundamentalism with which the Bengalis were intoxicated showed its true colors when they butchered themselves in 1946, during the Direct Action Day.

Although, in 1911, the decision to partition Bengal was annulled but the hearts were already divided. In fact, in 1911, the capital of British India which was till then Calcutta was transferred to New Delhi. And it hurt the pride of Bengal and Bengalis, especially the Bhadralok community of Calcutta (Now Kolkata) for whom the world revolves around their city.

In fact, even now you will find people in the streets of Kolkata who will tell you that how a city which was once termed as the culture capital of British India became a backwater.

The grudge against Lutyens Delhi can be gauged in the labyrinths of Kolkata.

The Birth of Bangladesh

To understand the birth of Bangladesh we need to go back to the year 1947 when Pakistan was formed.

In August 1947, Pakistan was created. It was formed on the basis of two nation theory. According to this theory, Hindus and Muslims are two different entities and they can’t live together.

Although, Pakistan was formed but it was a nation which was divided into two wings, West Pakistan and East Pakistan. And in between these two wings was India.

Thousands of KMs separated the one wing from the another. It was an example of the bad political cartography. The only thing which binded these two wings of Pakistan is the religion which they followed. It was Islam.

But religion can’t be a unifying factor when it comes to the formation of a nation. This hypothesis proved right when the people of East Pakistan (Now Bangladesh) fought a brutal war in 1971 against West Pakistan (Now Pakistan) for their identity, culture, language and most importantly for their dignity and freedom.

Millions of Bengalis gave up their lives for an independent Bangladesh, literally, The country of Bengalis. This was the second time when the land of Bengal was divided.

The cradle of Revolutionaries

In India, the names of Revolutionaries like Bhagat Singh, Chandrashekhar Azad are renowned for their bravery with which they fought against the British and gave up their lives to free India. But, before them, the revolutionaries of Bengal were already gave the British a bloody nose.

The names of Rash Behari Bose, Prafulla Chaki, Benoy, Badal and Dinesh, Aurobindo Ghosh and many more like them are revered in West Bengal for their bravado.

In fact, the most audacious attack on the British Raj was done by the forgotten revolutionaries of Bengal. The The Chittagong armoury raid under the leadership of Master Surya Sen.

Bengalis have portrayed as the meek people but they are not. The land which gave birth to people like these revolutionaries and the legendary Netaji Subhas Chandra Bose, can’t be termed as weak.

Although, prejudices die hard. Either, a person read about the land and its history, or they travel length and breadth of that nation. Only then one can get rid off such kind of preconceived notions, isn’t it?

Other than West Bengal and Bangladesh, the Bengalis are also a formidable community in the Indian States like Tripura and Assam.

Together they form a Banglasphere. Be it the festival of Durga Puja, Saraswati Puja, Eid and other important festivities. The Bengalis enjoy the traditions which their forefathers started ages ago. 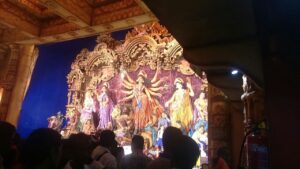 Durga Puja, The festival which unites Bengal and Bengalis.

Even in Bangladesh where the state religion is Islam, you will see womenfolk sporting bindi and sari. A non-Bengali can hardly differentiate between a Bengali of West Bengal and a Bengali of Bangladesh. Because it’s the culture and traditions which binds a community together rather than a religion.

India shares its longest international border with Bangladesh. It’s a porous border. The issue of illegal migrants in India which is not only a burning issue but it’s a cause for several riots which several Indian States had experienced.

Although, if you look at the map of India you’ll see that it’s the state of West Bengal which connects the Northeastern States of India with the mainland.

But, several northeast states of India like Tripura, Assam and Meghalaya also shares border with Bangladesh. If India wanna utilise its full potential then it needs to shed an attitude which promotes myopic viewpoint.

Bangladesh can help India in connecting these states with the mainland in a hassle free manner. It will not only reduce the travel time but it will also connect people to people. The philosophy of Vasudhaiva Kutumbakam, The world is one family. This is what Indian ancient scriptures said. And if we Indians strongly believe in these lines then we need to follow that sentence not only in letter but also in spirit.

West Bengal and Northeast India is India’s gateway to the Southeast Asian nations. And this route will flourish only if we able to maintain good and friendly relations with Bangladesh. Cross cultural movement of people should be encouraged. The issue of migrants can be handled in a humane way.

Let the people of West Bengal and Northeast India to have their lunch and dinner in Dhaka, Chittagong and other cities of Bangladesh, and vice versa.

Only then we will be able to say that India is a vishwaguru (World Leader) in a true sense.

I’ll conclude with these lines of Dr APJ Abdul Kalam: