The Last Nizam Of Hyderabad

The Last Nizam, The rise and fall of India’s Greatest Princely States is the story of the ‘Asaf Jahi’ dynasty and the Eighth Nizam Of Hyderabad, Mukarram Jah. 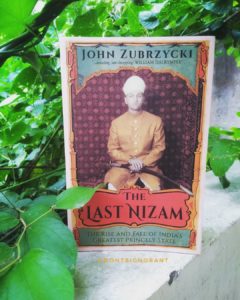 The Last Nizam of Hyderabad

The mighty Mughal emperor, ‘Akbar the Great’ saw the dream of conquering the Deccan Plateau and the fort of Golconda. Although, during his lifetime he couldn’t fulfilled that dream of his.

But, the Sixth Mughal Emperor, Aurangzeb Alamgir not only conquered the Deccan plateau and the priceless fort of Golconda. But, he also wrote the obituary of the Mughal Empire with this adventure.

Aurangzeb died at Ahmednagar (Near Deccan) in 1707. With his death arose several independent dynasties and one of them was the ‘Asaf Jahi’ dynasty.

So, here the question arises.

Who was the founder of the Asaf Jahi dynasty?

Qamruddin Khan was the founder of the Asaf Jahi dynasty. In 1724 he laid the foundation stone of this dynasty.

The Mughal emperor Farrukshsiyar gave him the post of viceroy of the Deccan with the hereditary title of ‘Nizam ul-mulk’ (Regulator of the Realm).

Who was the first nizam of hyderabad and how many Nizam’s were there?

Nizam Ul-Mulk,  Asaf Jahi 1, was the First Nizam Of Hyderabad.

In total there were Eight Nizams. They are as follows :-

Who was Mukarram Jah? And why he was different from the previous Nizams of Hyderabad?

Mukarram Jah was the Eighth Nizam Of Hyderabad.

There are several things which makes Mukarram Jah different from the other Nizams. The First and foremost was his ties with the last Caliph of Islam.

His Indian grandfather (Father’s Side) Osman Ali Khan was the Seventh and technically the last Nizam Of Hyderabad.

His Turkish Grandfather (Mother’s Side) Abdul Mejid, was the last Caliph of Islam.

In fact the latter after his death appointed Mukkram to be the next caliph which couldn’t happened because the First President of Turkey, Mustafa Kemal Ataturk abolished the post of Caliphate in 1924.

Unlike his ancestors, Mukkram Jah decided to leave Hyderabad, India.

Although, after the Indian independence he also worked as an assistant to the First PM of independent India.

But he left India and lived most of his life in the deserts of Australia.

Although, he was a wealthy man but financially he made some of the worst decisions of his life.

This is the same quality which all the Nizams had with them, financial mismanagement.

Albeit, Mukkram Jah remained an unknown figure to the people of India. In fact, he was forgotten by the people of Hyderabad. The City which was once considered as the pearl of the Asaf Jahi Dynasty.

Although, there is a dearth of literature when it comes to Asaf Jahi dynasty and especially the Nizams.

Though, the author of this book tried quite well by writing on this subject.

But the book could’ve been more enlightening. Still for a layperson this piece is fine as a starting point.

I hope someone will write a comprehensive book on the Asaf Jahi dynasty and the life and times of the Nizams of Hyderabad.

Good friends, good books, and a sleepy conscience: this is the ideal life.