The Sikh Gurus : A Concise History 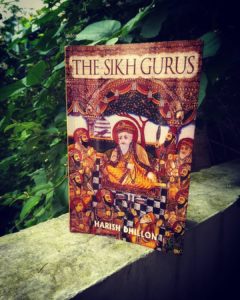 The Sikh Gurus, A concise history.

The Sikh Gurus is a concisely written, and elegantly narrated stories of the life and times of the Sikh Gurus. And within a few hundred pages the author of this book unravelled the history of the Sikhism.

Sikhism was born in the mid-15th century. And it is one of the greatest religions of the world. The USP of this religion is love, equality, and brotherhood.

So, let’s began by asking some basic questions.

Who was Guru Gobind Singh? And what we can learn from the Sikhism?

The Ten Sikh Gurus in the chronological order are as follows:-

Guru Nanak was the founder of Sikhism. He was born in 1469 to Bhai Kalyan Chand and Mata Tripta, in Talwandi ( Now Nankhana Sahib, In Pakistan).

Guru Angad Dev was the second guru of the sikhs. He was credited for giving the Gurumukhi script its final form.

Guru Arjan dev was the fifth guru of the sikhs. He was the one who built the Har Mandir Sahib (Golden temple), and he compiled the Adi granth sahib  (Guru Granth Sahib). He was the first martyr amongst the Sikh Gurus.

Guru Hargobind was the sixth guru of the sikhs. He was the one who started giving martial training to his followers, and he successful fought many battles against the Mughals.

Guru Teg Bahadur was the ninth guru of the sikhs. He sacrificed his life for the Kashmiri Pandits. That’s why he is also known as “Hind Di Chadar” i.e. “the shield of India”.

Guru Gobind was the tenth and the last guru of sikhs. He was the one who infused a new life into the movement which later came to be known as the Sikhism.

He gave the sikhs a new identity by creating the Khalsa Panth, and by declaring that after him the “Guru Granth Sahib” will be consider as the permanent ‘Guru’ for the sikhs.

We can learn lots of things from Sikhism. The first and foremost is the message of humanity which this religion preaches.

Secondly, the message of acceptance and tolerance which is a prerequisite for a peaceful mind.

And all men are equal and belong to one caste and one race – humanity.

I will end with these lines of Guru Nanak :-

“Burn worldly love, rub the ashes and make ink of it, make the heart the pen, the intellect the writer, write that which has no end or limit.”