Two Sisters into the Syrian jihad

Two sisters into the Syrian jihad is a mind-boggling book. Thoroughly researched and written in a subtle way by the author. 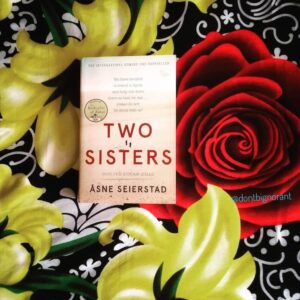 Two sisters into the Syrian Jihad by Asne Seierstad

The main USP of this book is that it shows us that how dangerous radicalization could be, especially for the teenagers.

The Arab Spring, the so-called movement of change started from the North-african country of Tunisia.

The spark of change engulfed not only Tunisia but spread like a fire throughout the Middle East.

But the ground situation didn’t change. It only created the Vacuum which needed to be filled sooner or later.

That space was filled by those ‘Radicalized People’ who dreamt of a caliphate.

Countries like Syria and Iraq gave them the opportunities to execute their treacherous plan. That’s why they were able to sell their propaganda to the teenagers throughout the world.

Amongst the many teenagers who had travelled to Syria, two of them were the sisters from Norway. Their family came from the land of Somalia, and they were given the citizenship of Norway.

Everything was going fine with this family of seven. But one day things around them changed suddenly.

Like out of the blue. In October 2013, both the sisters decided to travel to Syria and they joined the Jihad and the dreaded Daesh (Also known as the ISIS). They were married there and had daughters.

They were indoctrinated to the core. It all started when these two sisters were living in Norway.

Listening to the radical preachers, watching propaganda videos and reading literature of people like Abdullah Azzam became part of their lives. The latter is the father of modern jihad.

Although, their father tried several times to bring them to Norway, but all in vain.

He himself travelled to Syria but he was caught by the Daesh. He was beaten black and blue.

But this didn’t change the attitude of both the sisters. They became so radicalized that they don’t wanna listen anything against the Daesh.


This story shows that how ignorant a human can become after being indoctrinated with a false sense of knowledge about their religion.

Two sisters into the Syrian Jihad is a must read book, especially when radicalization amongst the teenagers is increasing day by day.

I will end with these lines of Imam Ali, The Fourth Caliph Of Islam and the first Imam for the Shia Muslims:-